I’ve been Tagged by several bloggers, most recently by Crazy Goblin.
http://crazygoblin.wordpress.com/

Well, the rules for Blogger’s Tag are pretty simple:
1. Post these rules.
2. Answer the questions given to you in the tagger’s post.
3. Create eleven new questions and tag new people to answer them.
4. let them know they have been tagged.
5. Post a photo of yourself in the post

Here’s the 1st set of Q&A from Crazy Goblin 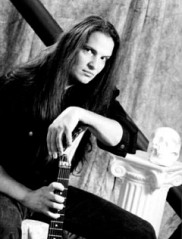 1) Have you ever been made redundant from your job and how did you feel about it?

A: They outsourced my dept. to a company paying minimum wage, and wanted me to train the new employees (who were a bunch of thugs, ready to rip the company blind). I felt like a guy in a Twilight Zone episode.

2) If you were interviewing someone for a writing job, what 3 qualities would you look for and why?

A: research/investigative abilities, detail, command of the English language and grammar

3) What is your favorite board game and why?

4) When you look at the stars, what do you see?

A: Little eyes looking down upon earth, judging, being amused, waiting…

5) When you look at the ocean, what does it remind you of?

A: The sense of adventure I used to have as a kid, wanting to explore the Seven Seas, like Sinbad in the mythology movies.

6) How do you overcome writer’s block?

A: I don’t think of writing, I go out and live some ‘life experiences’ – talk to some real people. Maybe go to a museum or historical landmark. The worst thing to do is to force yourself to write, all that comes out is worthless drivel.

7) If you could say three encouraging things to another person, what would they be?

8) Do you prefer to write your stories/books/poetry/prose/articles on paper first, then type them up and edit them, or do you like to type them straight into your computer to edit?

A: Always on paper in s spiral notebook. I write on the lines then keep adding things in the columns, along the top, sideways, upside-down, squeezed in between two words. Some of the stuff I won’t use, reword, or just want implied and have to figure out the best way to write it. Then, when I type it in, its already my second draft.

9) Do you like writing in one genre or more?

A: Mostly horror, but I do slide into some sci-fi and fantasy within the context of horror.

10) As a writer, do you think actions speak louder than words?

A: They can be equal. Sometimes words inspire action, sometimes action inspires words.

11) What is your favorite quote and why?

Second set of questions, from… I don’t remember and can’t find the damn post – I’m sorry – If you see this and you had tagged me with these questions, let me know I’ll give you credit for the tag.

1) Imagine that you hold in front of you all of the movies you love. You are now forced to have your memory wiped of one of those movies. Which one would it be? Also, you won’t be able to see it again. Ever.

A: I guess that would be Evil Dead 1, because ED II repeats all the main ingredients of the first one then adds to it and make them better. So, as long as I have ED II, I can give up ED.

A: I don’t really listen to ‘pop’ music so it would be something that wouldn’t be played on the radio all that much. I guess I’m going to pick “Electric Eye” by Judas Priest because they were always one of my favorite bands. Or maybe, “Revelation, Mother Earth” from Ozzy’s first solo album, Blizzard of Oz, with Randy Rhoads’ fantastic guitar work. And for number 3 I’ll throw in Hells Bells by AC/DC., just for the hell of it!

3) If you were to be transformed into a video game, what would it be?

A: Dino Crisis. As you can see, I haven’t played to much video games in a very long time.

A: Definitely Marvel –  Iron Man and Ghost Rider are my favorites. The DC superheroes  are too perfect. Even at 10 years old, when I began reading comics, I knew things weren’t so black & white. There’s a lot of gray areas in life.

5) Why are the holes in every animal’s fur, just exactly in the right place for their eyes?

A: The flesh seamstress deity has the perfect patterns for every animal, of course.

6) Have you ever bought something from a door to door salesman? If yes, what? If no, why?

A: I bought girl scout cookies, but they don’t do that anymore. I guess they decided that was a bad idea considering all the horrible people in the world.

7) What would be your perfect job?

A: In the early 1900’s, the street lamps used to run on oil. There would be a worker that would go around at dusk and light all the gas lamps by hand. That would be the job for me.

8) What’s the country that you refuse to visit? And why?

A: Probably most Middle Eastern countries. It’s clear that there are many people there that don’t like the US, (even though, as a US citizen we have very little control over US policy with other countries) – why would I want to go there. Besides, I’m lucky if I can afford a weekend getaway in my own state, never mind an actual trip.

A: Being the only sane, reasonable, thinking person left in the world, and being ostracized or committed for it.

10) Let’s say you have the possibility to travel back in time to see one concert from an artist that is no longer with us. Who would that artist be?

A: I don’t know; I do have a rule, though. Whatever you do at any moment in your life, just do the best you can do and enjoy it. Its all ‘castles in the sand’ in the long run but no task is meaningless.

And Now, if you’ll excuse me, I’d like to get back to my studies.