This is an anthology film containing three short films of varied horror sub-genres. It’s a trio of horror-light, seeming more aligned with an early 1970’s made-for-TV movie than something from the ‘special-fx heavy’ or ‘bloody slasher’ driven 80’s. It moves rather slow but if you have the patience to sit through it, there are good underlying stories in each segment.

In the first segment, an aging puppeteer performs his Punch & Judy shows on the local boardwalk, much to the chagrin of his wife and family. His nasty stepson intends to end his pitiful career when he burns down the man’s puppet-stage. However, the ‘Punch’ puppet exacts revenge, wielding a big stick, much the way it does in the show. ‘Punch’ kills the family much to the horror of the puppeteer, but in the end we see it is actually the puppeteer doing the killing as he takes on the personality of ‘Punch.’ Despite the obvious it was fun watching ‘Punch’ batter folks with a 2″x4″ sized, beam of wood. It also has a bizarre ending that left me scratching my head…WTF? The second story involves a newlywed couple moving into their new house after the honeymoon. The wife begins to see strange people in the home, a child riding his bicycle in the yard, a man running through the halls with a knife, a bludgeoned family in various rooms of the home. The couple calls in a spiritual investigator who inspects the home and even performs a séance with no success. The medium claims, the house is clean and contains no spirits, spirit activity or haunting. At the car she suggests to the husband that his wife should see a psychiatrist. The wife continues to see things in the home and

eventually has a nervous breakdown. The scenes of the ghost family are more amusing than scary, but there is a nice twist at the end which make this worth a watch. It would have been ideal for an episode of Night Gallery or Hammer’s House of Horrors series. The third story is a convoluted, hog-pog of ideas that didn’t work for me. At the core of the story is two old women who need a gardener. They tell the gardener an old tale about a princess that made a pact with fairies who in turn take over a bunch or garden gnomes. When the gardener breaks into the house to steal the old women’s treasures, the garden gnomes attack.

This is a slow, British film directed by Michael Armstrong (Mark of the Devil) with dated stories and little effects. There is a lame wrap-around story that is just a waste of time, but has a brief nude scene, as if that would make the film any better. I can’t say I would wholly recommend it. If you are a fan of early 1970’s horror, killer puppets, some Twilight Zone, and One Step Beyond, you may enjoy it. If you think about it as a TV show, you may be entertained by it. For the rest of you, reading the storylines in this review will probably be sufficient enough for you to skip it. 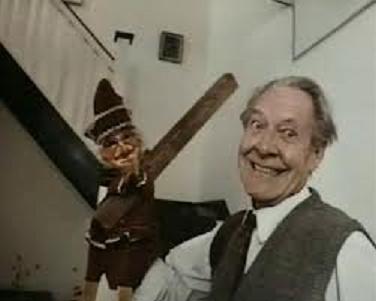