This documentary is as much a tribute to Forrest J. Ackerman and Famous Monsters of Filmland Magazine, as it is to Sci-fi films. You may be surprised to learn that it was Ackerman who coined the term “Sci-Fi.” It is a fitting tribute because Forry, along with good friends, Harryhausen, George Pal, and Ray Bradbury helped shape and push the genre of Sci-fi into the hearts and minds of young film fans who would later become the top directors, FX artists, and filmmakers in the world.

The film starts out with past footage of Forry making a speech. He says, “I am speaking to you from the year 1970…” a very ‘sci-fi sounding’ choice of words. He goes on to explain a bit of what makes sci-fi what it is. During the course of the documentary we hear from Peter Jackson, John Landis, Frank Darabont, Stephen Sommers, Harryhausen, Bradbury, Stan Winston, Rick Baker, Phil Tippet, and Dennis Muren amongst many others, talk about their Sci-Fi roots which often point to Famous Monsters magazine and the original 1933 movie King Kong. Bob Burns and Don Glut talk of their favorite Sci-Fi films and 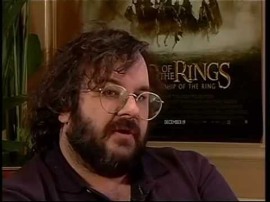 eras. Roger Corman speaks of William Castle and the wonderful sales pitch he would deliver for each of his films. Bob Burns talks about the creations of Paul Blaisdell in the 50’s sci-fi films and how Paul and his wife would assemble monsters on a shoe-string budget from items in his garage. There is a segment devoted to Harryhausen’s inaugural ‘Star’ on the Hollywood Walk of Fame, only yards from Grumman’s Theater, where, as a boy, he had seen the film that set the direction of his life, King Kong.

There is also a segment which features the amateur 8mm and Super 8mm films of Don Glut, Steve Johnson, Bob Burns and Fred Barton, as well as others, from their early years as boys looking to emulate their favorite sci-fi feature. The film shows the early Harryhausen projects as well, test footage for films that have never been made. There are some great photos of George Pal standing on the set of War of the Worlds, and clips of Forry’s eulogy at Pal’s funeral. 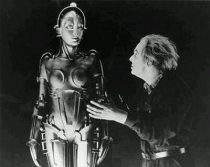 Near the end Steven Spielberg talks about the change over to CGI and the possibilities that change has unleashed. Dennis Muren from ILS talks of the early computer technology that started with the

film 2001: A Space Odyssey, and how it influenced the making of Star Wars.  Sci Fi boys was put together by Paul Davids and he did an astounding job at presenting an interesting, and perfectly paced documentary. The dvd/blu-ray cover features artwork by Basil Gogas. The dvd itself includes bonus extras that are well worth the purchase for die hard fans.

This is a fantastic documentary and I would highly recommend it for every sci-fi, horror, and monster movie fan. 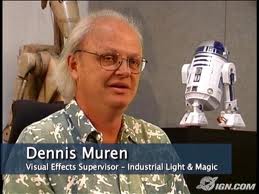