Amicus Films – The Studio that Dripped Blood
A salute and overview

I am going to spend time reviewing most of the Amicus Films, horror and sci-fi releases. I am a big fan of Horror Anthologies and for years Amicus Films had been a name synonymous with that format of filmmaking. Before I delve into the film reviews, I thought it would be appropriate to post this history and overview of Amicus Films. Most horror fans probably know all the info

gathered here but it bares repeating from time to time, especially for younger horror fans looking to explore the roots of horror.

Amicus Films is a British film production company created by Milton Subotsky and Max J. Rosenberg in 1962. The two had previously worked together on The City of the Dead (Horror Hotel) in 1960. The first two movies by Amicus Films were teenage, rock-n-roll, drive-in style movies. Not having much success with either, they steered Amicus Films into the field of horror. Emulating the format of the popular 1945 horror film, Dead of Night, the studio produced their 1st horror anthology, Dr. Terror’s

Many Amicus films are often mistaken for Hammer Films. The biggest difference in each studio’s productions (especially early on) was; Hammer Films production’s were gothic period pieces, but the Amicus film’s were set in present day situations. Both studios procured mutual actors (Lee, Cushing) and directors. Amicus Films Studio’s most successful film, Tales From the Crypt, would later spawn a series on HBO in the late 1980’s and several films baring the Tales From the Crypt moniker through the 1990’s.

I own all of the horror films on dvd, and about half the sci-fi films. There is also a documentary called, Amicus House of Horrors: A History…. The documentary is mostly interviews with the actors and directors. 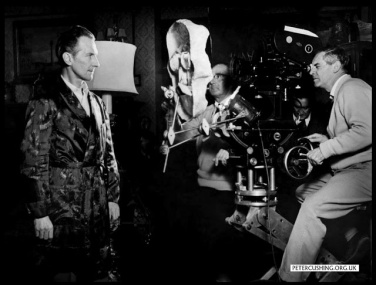 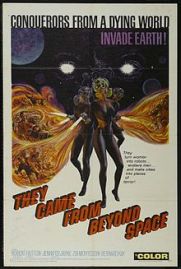 29 thoughts on “Amicus Films – The Studio that Dripped Blood”