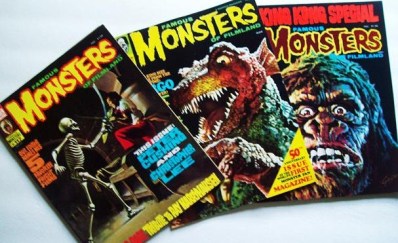 I started collecting Famous Monsters of Filmland Magazine when I was a wee lad. I had held on to my fave issues and recently purchased a few from eBay and other channels to replace ones that I lost or had deteriorated over time.

These are my two favorite issues:
. 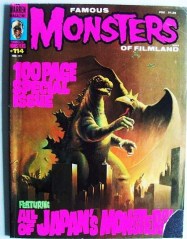 Also one of my fave issues below – it has seen better days:
.

I recently purchased a new issue, July 2013, mainly because of the beautiful Cthulhu artwork on the cover. When I opened it they had 20 pages of the original Kong, too! I was sold.

Monsters of The Movies by Curtis Publishing

Monsters of the Movies only had 11 issues before they closed in the 1970s. It was close to the quality of Famous Monsters.
. 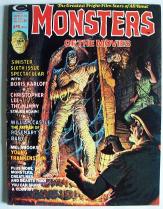 MonsterLand was around for a while but I didn’t like it as much as the others.
I only have one issue of Monster Land: 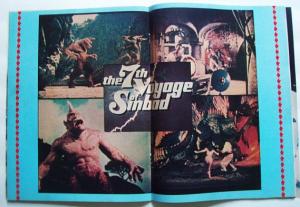 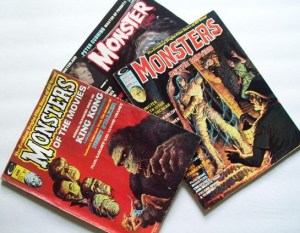 Hope you enjoyed a look at my personal collection. Thanks for tuning in…
.
Related posts:
Sci Fi Boys – documentary movie review

2 thoughts on “Vintage Monster Magazines – Famous Monsters and beyond”