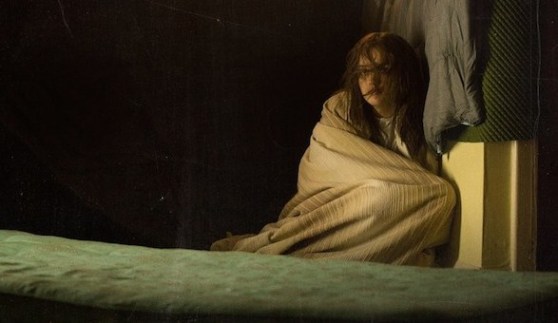 I like the analytical approach toward parapsychology taken by the main character in this film. Dr. Coupland contends that all ghostly activity is the byproduct of living people with strong telekinetic powers. Paranormal activity is not from the great beyond but created in the subconscious of a person and manifested upon the physical world. He intends to prove his theory with experimentation and documentation of his prime test

subject, Jane. He ‘rescued’ her from the barbaric grip of the mental healthcare industry. The doctor and a small team of students hole-up in an abandoned countryside home, away from the prying eyes of Oxford’s administrators. With scientific monitoring equipment, they will prove Dr. Coupland’s theory.

With the ‘set-up’ of the camera-man documenting the event, you may get the impression that this is a found footage film. It’s not. Director, John Pogue, limited the 1st person/camera POV to a few well-placed scenes that add to the creepiness of the film. Most of the film is portrayed in traditional style.

The film is an intellectual tug-o-war that successfully has the viewer taking sides on the professor’s theory, then flipping opinion back and forth as events escalate. This is mostly atmospheric horror following a cycle of building creepy tension then releasing it. It’s effective in that aspect. The team spend the day discussing the case but when night falls and the team members sit up alone (in shifts) watching Jane’s behavior on monitors, the atmosphere tenses up considerably. Jane speaks of a malevolent presence named ‘Evey’ and her intensions to do bad things. Coupland argues that ‘Evey’ is just a part of Jane’s subconscious and they will be able to extract that negative energy to cure Jane of her ailment.

There are some good plot twists as creepy Jane (played by Olivia Cooke) manipulates the characters with her words and turns them against each other. I wouldn’t consider this film a ‘classic’ but it’s a good watch on a quiet night, for eerie malevolent tension and some good jump scares. It’s original in concept and doesn’t contain the usual Hollywood clichés; I appreciate that. This is a Hammer film Production. Hammer have been releasing a steady stream of interesting films since their re-launch. It is loosely based on a real event known as the Philip Experiment, conducted in Toronto in 1972.

Creepy little film that was well-acted and original in concept, worth a watch.

I give it 3.9 outta’ 5, on the creepy, dark-haired, goth-girl scale of paranormal psycho-haunt films.