The Narrows
By Ronald Malfi

I admit it took me a few chapters for The Narrows to hook me, but once it did, I was fascinated. Malfi has a clean, no nonsense style that relays the story in simple terms. The story relayed the sentiments of a dying small town in the US, how it rots from within and slowly withers until one catastrophic event finishes it off for good. In the case of The Narrows, the town of Stillwater is finished off by a flood that overruns its banks. B

ut that is not the full story, those that had lived there know the event started several weeks earlier when an unknown entity began sucking what little life the town had left from its struggling veins.

When a pale dead body of a boy washes ashore in a minor flood, it has strange holes down its spine and a featureless face. A few days later, the body goes missing from the morgue. That night, Maggie Quedentock is driving home from a secret tryst as her husband works the midnight shift. She hit’s a person crossing the road in a rural area and she swears it was a naked young boy. An investigation reveals no body. When this boy-like creature comes for her on the following night, it is a suspenseful and creepy situation providing some great ‘can‘t put the book down‘ reading. Meanwhile, young boys from the neighborhood go missing. The mystery turns out to be more than deputy sheriff, Ben Journell, had bargained for. Combined with a big storm heading their way, The Deputy Sheriff and his men race against time and the elements to try and save the town’s people from a terrible fate.

The book has a strong climax, a mystery to unravel and an original creature for the town’s people to deal with. It gets better with each chapter and is well worth a read. If you are not familiar with the work of Ronald Malfi, this is a great story to begin with. 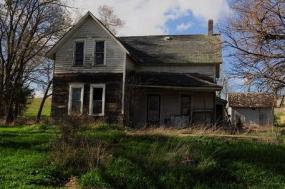 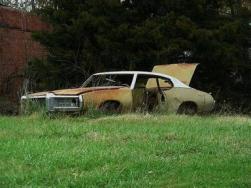