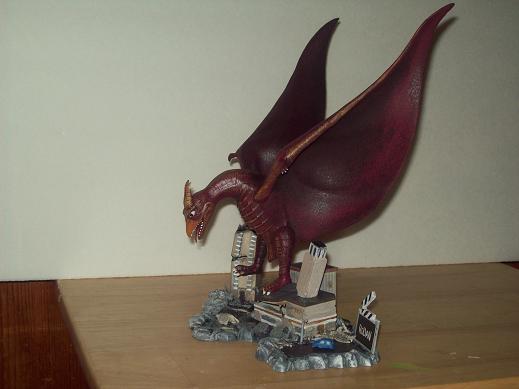 This is the Rodan, Monsters of the Movies, model kit originally made in the late 1970’s by Aurora. This build is the re-issue by Polar Lights.

I remember building this as a youngster and complaining about the massive seams that show when the kit is assembled. When rebuilding this last month, I assumed I could do a better job as an adult, but found the same problems inherent in the kit design itself. I putty filled and sanded all the seams before priming and painting. 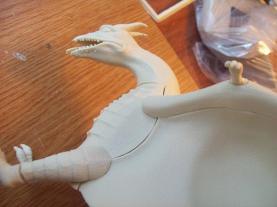 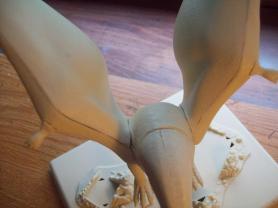 I hand painted with acrylic paints using blends of Red, Yellow, Orange, Black and Brown. I did a gradual blend on the wings from dark to light to accentuate the depth in the wing curve.

I made a custom base from my box of parts. I never really cared for the MotM squared off bases and preferred the original style Aurora kit bases. I cut pieces from a different base I had to fit the buildings and made extra debris from stone clay. 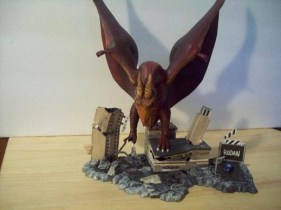 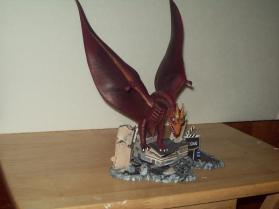 Even though Rodan’s wings in the actual films are different than the kit, this is still one of my favorite models.

2 thoughts on “Rodan – Aurora Monsters of the Movies – model Kit”