This is my Neave Parker/Burian style Iguanodon. Parker and Burian did artwork of what the Iguanodon may look like in the early 1900s. They only had a few bones to work with and conferred with other scientists about how the creature might look. Today the Iguanodon looks much different as more complete fossils were found in subsequent years. They are primarily quadrupeds and don’t have that broad neck design. 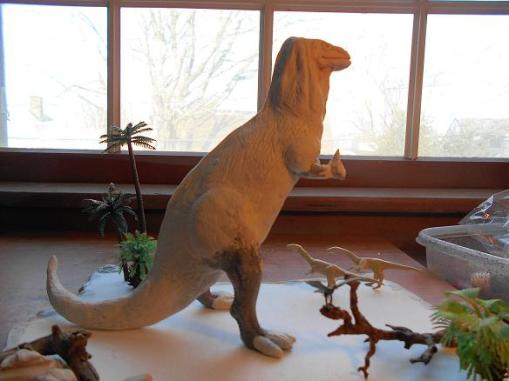 Ok, this is not a marketed model kit – it is a sculpt I made from plastic forming clay to add to my Aurora Prehistoric Scenes kits. I used the Lindberg Corythosaurus figure (minus the head) to start the modeling from, completely covering the entire body with clay to be molded. 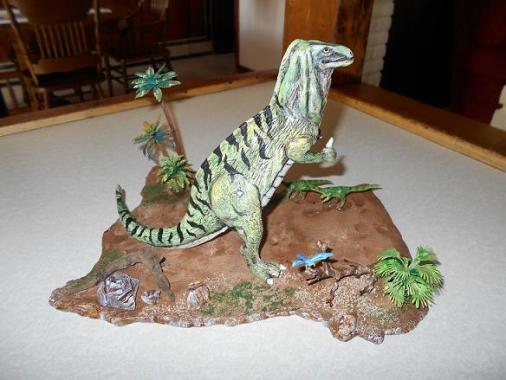 I made the base out of clay and plaster. It is shaped to lock-in with my custom Allosaurus base.

I made two Compsognathus (Compys) for the background and the Archaeopteryx on the branch in the foreground is from the Tamiya Mesozoic Creatures model kit collection. I know this mixes time periods but so does the whole PS Line of model kits.

I added some palm trees, plants, broken tree limbs and rock outcrops to complete the scene. 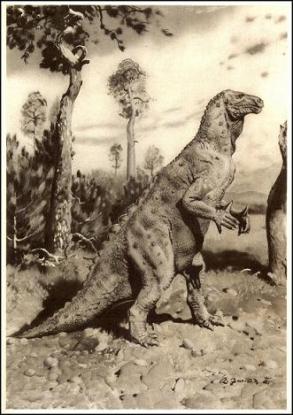