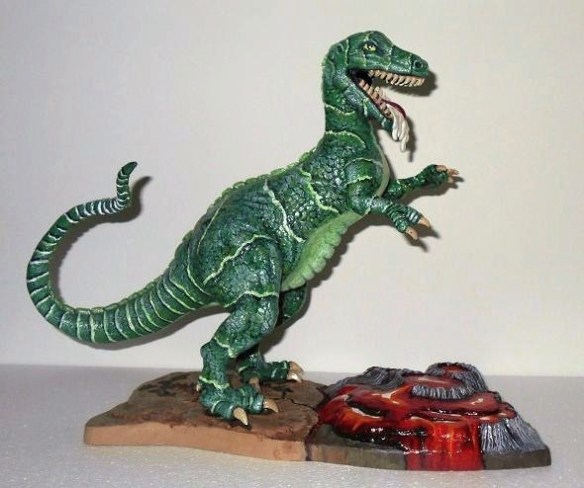 This is my original Allosaurus by Aurora. When I say ‘original‘ I mean there are no modifications made to the kit or base. However, it is actually a combination of original released Aurora parts and re-released Revell Allosaurus parts, plus half the base was the recast from Prehistorix.

So, it is original in look and spirit but not all original Aurora parts.

I’d like to thank the guys from Aurora Prehistoric Scenes Historical Society for helping me find missing parts to complete the kit and save it from the trash heap.

Also, I’d like to mention, this guy has been snubbed by the Jurassic Park franchise for too long, what’s the story? 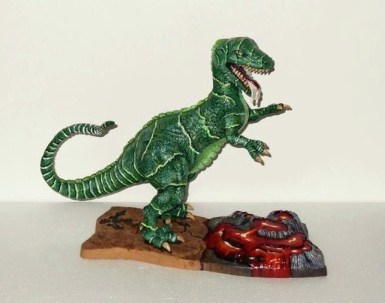 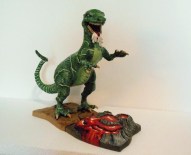 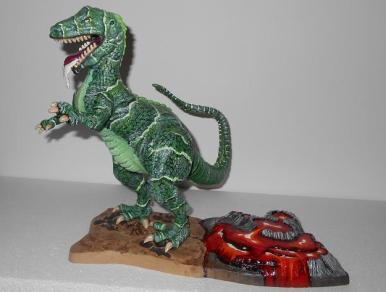