I attended the Jerseyfest Model Kit Fair over the weekend of Aug. 29th/30th. The overall theme this year was Godzilla and Kaiju, but any kind of model kit could be entered or displayed in the contest room. The convention included a model kit contest, several building, sculpting, painting, and airbrushing classes, and the wonderful work by Jon LeGrande (LeGrandzilla), whose 25 or more Godzilla and Kaiju kits were on display for public viewing. 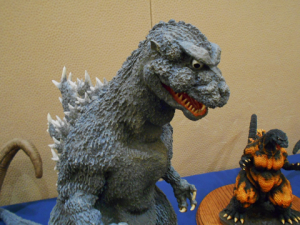 There were some incredibly well built and beautifully painted kits running the gamut from Cartoon subjects to Disney characters to horror films. They even had a category for builders under 13. Following the main theme there were many excellent giant monster kits to view.

I even entered a couple of kits myself and it was enjoyable to see people stopping by the table and taking photos of my Godzilla vs. Gamera diorama. 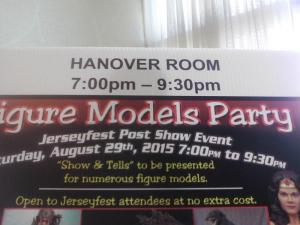 In the vendor room were dozens of companies selling kits, modeling and sculpting supplies, and paint. I found some great deals in the room for traditional styrene plastic kits. 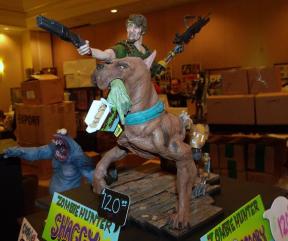 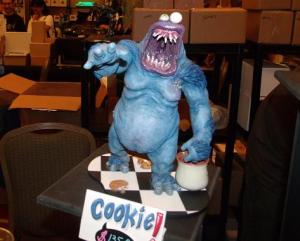 There were tons of spectacular resin and garage kits from small companies. Some of my faves included the futuristic Scooby Doo and Shaggy and the Monster versions Sesame Street style characters from Monster Dork Studio.

I also liked the pin-up style kits from Kit Kong including Rosie the Riveter, Ultraviolet and Nancy (Jessica Alba) from Sin City. 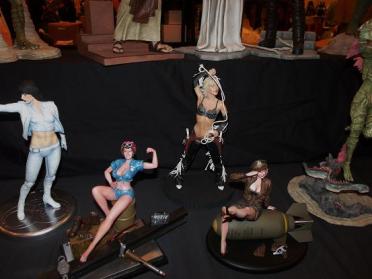 Resin Crypt had a booth with their awesome Hammer Films and classic ’60’s horror kits including the newest ones Veronica Carlson and the Black Sunday kit. Below is the London After Midnight kit. 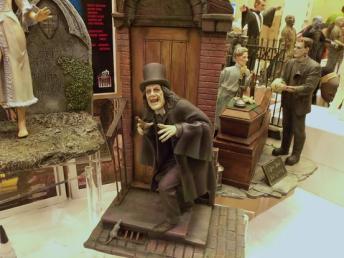 On Saturday night I attended a presentation where several modelers talked about their kit builds and techniques.
Robert Troch had a huge diorama depicting a scene from Ghidorah the Three Headed Monster. The diorama was an ‘in-progress’ build featuring the MM 28 kits, Ghidorah, Godzilla, Rodan and Mothra (larvae stage) which are HUGE.

Next up was Matt Evangelista from Kaiju Modeler speaking about his Godzilla kit which stood about 2 and 1/2 ft tall.

–
Then Jon Legrande took center stage discussing techniques he applied to his Godzilla 2014 diorama and his Gamera build. Check out his Youtube Chanel LeGrandzilla for videos 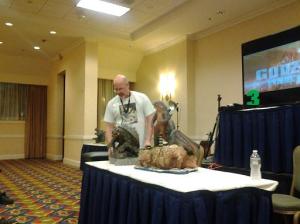 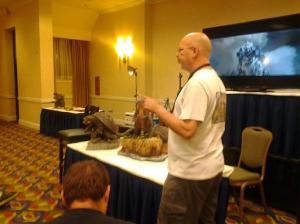 Lastly Bill Newell relayed some detail about his Kaiyodo, 1962 Godzilla sculpted by Sakai. You can look up Bill’s work at Godzillabadger.

Although I had originally intended to leave on Sunday Morning, I was able to stay for the 2nd day (my daughter got someone to fill in at her job). Sunday afternoon I attended a painting class by Jordu Schell (Avatar, Hellboy, Batman Returns). I don’t use airbrush myself, but Jordu was an entertaining speaker and I enjoyed seeing his work.

There were many great prizes and trophies for the top kits. This was a great weekend for the model kit builder at any level and with this year’s theme any Godzilla fan too!

I purchased these kits for excellent show only prices!

These are only a fraction of the kits on display and for sale at JerseyFest 2015 – There will be much more to view at the Galleries on the JerseyFest website (will be posted soon), including previous years and winner listings. 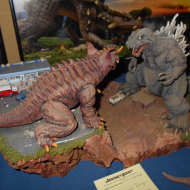 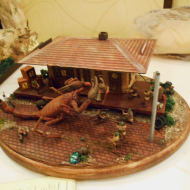 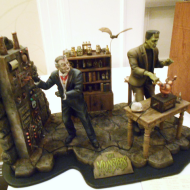 Talos – Jason and the Argonauts

Voyage to the bottom of the sea 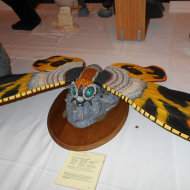 What Lurks beneath – Creature diorama 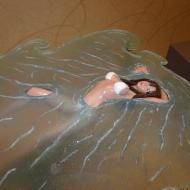 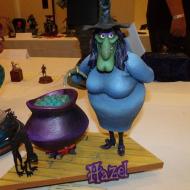 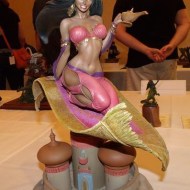 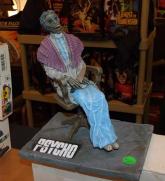 Giant entry display for the show

R2D2 talked to attendees as they entered the convention