Directed by Alex Garland
A young techie, Caleb, is chosen to assist tech guru and company pioneer, Nathan. He is escorted via chopper to a remote underground base, isolated from the world where he meets his boss and his new project. Caleb is to give a personal analysis to an intelligent humanoid, Ava. Caleb is putting her through the Turing Test to see if she has fully achieved AI and could pass as human with her intellect. He meets with her everyday and a relationship develops. Caleb provides simple analysis of her human-like qualities as Nathan watches from a monitoring and security system. Caleb’s interactions with Ava tell us much

about human interactions with each other. The lab itself experiences periodic system black outs. It’s during one of these system failures that Ava tells Caleb that Nathan is a liar and not to be trusted.

Nathan is an arrogant, manipulative prick, the kind that we have all come across in our lives. It’s difficult to tell if his original intentions were for the betterment of the world or just to stroke his own ego. During proceeding system blackouts Caleb and Ava have short bursts of uncensored discussions. Nathan discovers a problem with letting Caleb get extremely attached to Ava. He reveals his plans to replace her with the next model version, 9.6. She will be destroyed, and along with her, the memory of what Caleb and Ava had shared. Is that murder? The movie’s question is whether Ava had reached true AI. I’d say by the end of the film she has…adopting and formulating both the best and worst traits of human kind

The movie is an intellectual curiosity and is therefore only effective when you’re in the frame of mind to engage in both self analysis and to delve into the bigger questions of the human condition. Existential dilemma and conflict, aspects that make you think beyond the borders of a movie, are what make classic science fiction films. I think that is something missing from many of today’s sci-fi movies. This film certainly has a high quality story and script, but no high action. I just don’t think it can impress the CGI expectant modern audience and be considered a classic. I would recommend it, but I just don’t see many others doing the same. 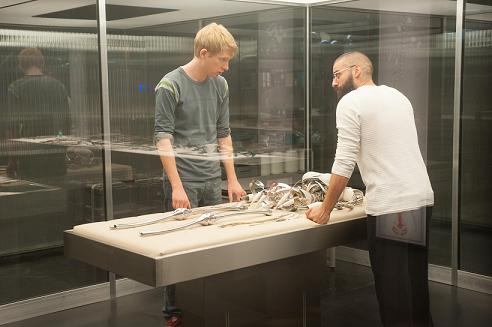 Interesting analytical sci-fi film worth a viewing for its thoughtful stimulation.

I give it a 4.0 terabytes of AI analysis on the realistic robot reverb scale. 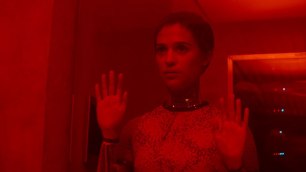 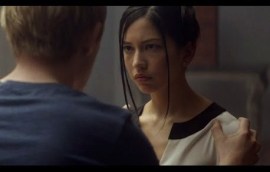