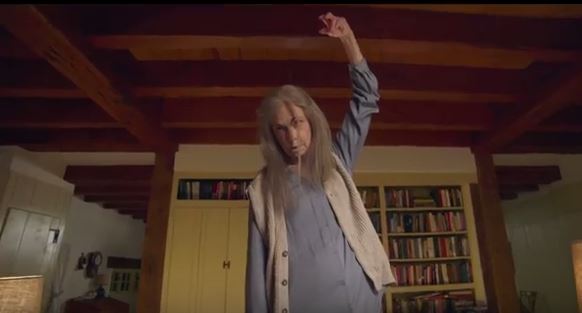 Kathryn Hahn
Deanna Dunagan
Peter McRobbie
Ed Oxenbould
Olivia DeJonge
–
I found this film entertaining on several levels. The first half of the film had some genuine character portrayals. Two children are invited to go see their grandparents whom they have never met. Their mom had left home when she was young, after a very bad fight and never talked to them again. So the children set off by train to meet the grandparents in PA and stay for a week, while the mom goes on a cruise with her boyfriend.

The kids, thirteen and fifteen, were entertaining and funny, each with distinct personalities. The younger boy, Tyler, sees himself as a rapper and has the worst rhymes you can imagine – real gangsta, talking about meeting girls at Starbucks. The

girl videographer, Becca, is wise beyond her years and tries to exemplify her sophistication with an overreaching vocabulary. They are funny because it reminds you of how annoying kids can sometimes be, especially ones with a video camera, but they do become empathetic as the movie progresses.

Then there’s the grandparents. It’s clear after the first night that something is wrong with grandma. Maybe she is suffering from Alzheimer’s or dementia. Perhaps that’s why the grandparents wanted to see their grandchildren, knowing their cognition was failing and wanting to make some peace in the family. The grandmother’s antics become increasingly strange, both frightening and comical in nature. Grandpa says it’s sundown syndrome. I knew there would be some kind of twist and began to wonder if the children were exaggerating or imagining strange events for the sake of their documentary film. I was wrong.

It’s the last half hour that the grandparent’s behavior turns threatening and ramp up to some truly frightening aspects. We had gone to an afternoon show on a day that schools were closed, so the theater was full of teenagers. Some of the enjoyment of the film was hearing the teenage girls in the theater SCREAM their lungs out during the last fifteen minutes of the film. (old people = very scary) It was a tense ending and to me it was worth the wait.

This is the film that Shyamalan should have made after The Village. He’s back to the kind of story he tells best. It has a family message, but it doesn’t overwhelm you with morality. It is indeed on par with his first four films. I like it better than The Village, making it my 4th favorite Shyamalan film. It’s not as good as The Sixth Sense or Signs but it’s a step towards reclaiming his reputation at making films the general public enjoys. 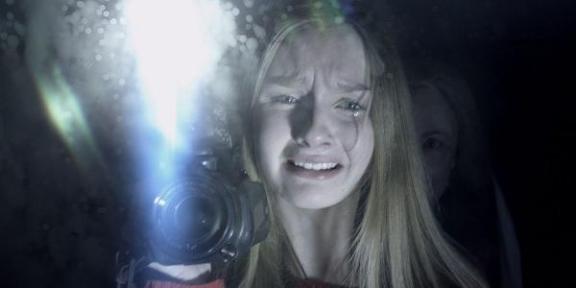 An entertaining film with a very tense and suspenseful ending.

I give it 3.5 gnarly grandparent giggles on the scary old people scale of wrinkly skin dementia. 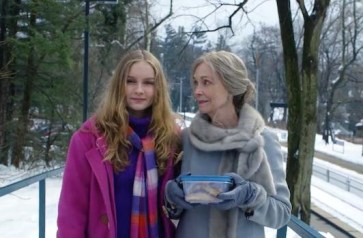 let me show you how to use an axe 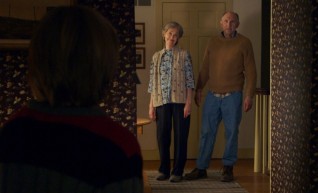 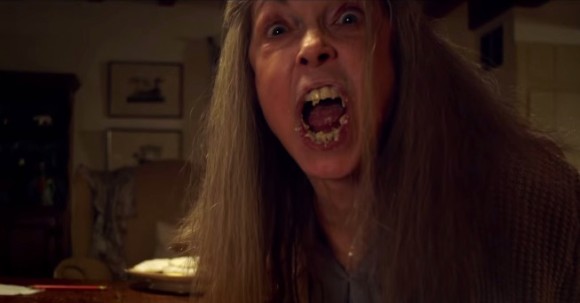