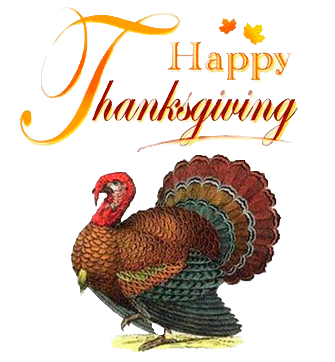 Happy Thanksgiving for those readers who celebrate this holiday.

Typically, I know there’s not much to do for the men on this Holiday besides watch football and eat turkey. For the women, I imagine you’ll be busy cooking, but if you have a few free moments, you may want to escape the day by reading this short.

For those of you that need a little horror entertainment I offer you this story,
Thanksgiving Day Surprise!
You may want to wait until after you eat to read this, Yeah it’s that kind of story.

Here’s my Thanksgiving Day present to you…

Millions of turkeys marched through suburban streets pecking and screeching, attacking anyone that happened to be caught outside. Their beaks pounded like sharpened jack hammers, breaking skin, shredding clothing, ripping flesh and leaving mangled corpses in their wake. They smashed their beaks into glass storm doors and diligently whittled through wooden doors to gain entry to homes.

Men and families with guns armed and defended themselves. Turkeys were shot but there were too many of them and not enough time to reload before being overcome by their aggression. Damn those magazine size restriction laws! Roger Banister had a dozen turkeys upon him, pecking at his face as he tried in vein to keep them at bay and reload his shotgun. There were just too many turkeys. One gave great aim and caught his eye, ripping it out of the socket with a bloody splash.

Roger woke with flailing arms and mumbled protest in the living room recliner. The family members present at the time laughed and chided him.
“Damn Roger, that must’ve been one hell of a nightmare,” Uncle Walter said.
Roger rubbed his face with his hand pulling it down to his chin. He blinked several times in succession. His wife handed him a cold bottle of water.
“Thanks, Jamie.”
“I told you not to start drinking so early in the day.”
The football game had just started on TV and they were yet to eat their traditional thanksgiving meal.
“What kind of nightmare was that?” Aunt Dee asked.
Aunt Dee was the spiritual guru of the family, always available for ghostly guidance and to light certain candles to promote peace and happiness in the home. Most of the family laughed at her eccentric ways but not in a mean spirited way. They accepted her for who she was. However Roger didn’t want her rolling around inside his head with analysis. He kept it short and simple.
“It was weird; I dreamed there were millions of Turkey’s attacking everyone.”
“That’s your guilt. The guilt you feel for this yearly slaughter of the Turkey species,” Aunt Dee said.
“I will tell you one thing. When I eat ma’s turkey, I don’t feel any guilt at all, so you are way off on that one,” said Roger.
“Do you realize leading up to the last Thursday in November forty-six million turkeys are slaughtered,” Aunt Dee said.
“It also means over a million Americans eat a decent home cooked meal on this day rather than the fast food garbage they eat all week because of their hectic schedules,” Roger said.
Jamie added, “You’re right about one thing, the turkey should be honored on this day.”
“The turkey is honored on this day. You see the big turkey decoration Ma hangs on the front door? She don’t hang a picture of George Washington out there on Presidents day. Does she?” Uncle Walt said.
Without looking up from the TV Pop said, “Yes, she does.”
Aunt Dee ended the discussion with, “Well I’m a vegetarian and have no guilt to give me nightmares on Thanksgiving.”

The rest of the night went down as usual, Uncle Walt told inappropriate stories about his life as a single bachelor. Aunt Dee told him karma would one day pay him a visit.
“Until then, I’m gonna’ have the time of my life!” Walt said. “I’ve tried positions that the Karma Sutra don’t even know about.”
Aunt Gloria covered her son Billy’s ears and yelled at Walt. Not that it mattered, little Billy, even at ten years old, was oblivious to what Walt was saying.
“That boy is dumb as a stump,” Walt said. “He don’t even know we’re talking about him.”
“He’s my son, and I love him, but when you’re right, you’re right,” Uncle Bob said. Aunt Gloria threw her husband a scornful glance.
Billy looked up from his mashed potatoes, where he had built a moat for his turkey gravy and noticed everyone looking at him.
“What?” he said, just proving the point Uncle Walt had made.

Roger’s wife insinuated that Ma would’ve had dinner ready hours ago if she weren’t nipping the cooking Sherry. Pops accented the night by farting in the living room and clearing the area of all living things, including Muffy, ma’s scruffy little dog. The family always had a good laugh about Ma naming the dog Muffy, saying she had latent lesbian tendencies. Ma yelled at dad about controlling his bodily functions and Pop blamed Ma’s cooking.

It was just after 9:30 when Roger and Jamie returned home. Their daughter, Krista, in the back seat had not pulled the ear-buds from her ears since morning, not even to eat turkey. The only sign that she was actually alive was the constant movement of her thumbs on her I-Phone screen. She left the car first and waited by the front door.
“Ya know, she could’ve wrote a damn novel by now if she had half a brain,” Roger said to his wife.
Jamie punched him in the arm, “That’s our daughter you’re talking about.”
Everyone was asleep by Eleven PM, groggy from Turkey and mentally exhausted from spending the day with their extended family.

At two in the morning Roger woke in a sweat. His wide eyes darted around the room and he jumped from the bed. Jamie was not in bed, but that was not his concern. He walked to the front windows to see what was happening outside. Flashing lights, red and white, illuminated the window shade. He wiped the sweat building on his forehead with the back of his hand. He moved the curtain aside and peeked out. Turkeys! The Turkeys were attacking. His nightmare had come true. He slipped on his pants and a shirt and rushed from his room. He stopped by the bathroom and heard his wife throwing up.
“Honey are you alright?” He asked through the closed door.
“Yes, just sick,” she managed to get out before heaving into the bowl once more.
Downstairs he opened the gun cabinet in the den. He needed to defend his family from these killer turkeys. He armed himself with a loaded shotgun and a pistol. He stuffed extra shells for the shotgun in his top shirt pocket.

He snuck out the back door and made his way to the front of the house using the bushes as cover. In the street, turkeys were gathered in gaggles, chortling and gobbling, while police stood behind their open car doors with guns drawn. Then he saw it. Several of the police were turkeys too, large turkeys wearing police hats and badges. The police had been infiltrated, and were now on the side of the turkeys.

Roger stood and took aim with his pistol. He fired six shots taking out many of the gathered fowl before anyone even knew what was taking place. The turkeys dispersed, running wild, in circles and bumping each other. The police turned to Roger and started firing. He took aim with his shot gun and got 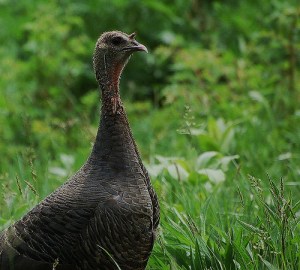 off one shot as the police opened fire on him, killing him.

Overnight, fifty million Americans would perish from a mutated strain of the avian flu. It was labeled the mad turkey disease by the press. Millions of people ate turkeys on Thanksgiving. About half of those turkeys were tainted with the new virus strain. Many would perish in their beds with an escalating fever and unquenchable thirst, sweat pouring from their pores as they experienced fever dreams. Others went mad as their brains boiled in the heat of their own blood. Those with guns aimed them at family or themselves, pulling the trigger as a release from the blistering pain. Others were shot in stand-offs with the police after shooting neighbors indiscriminately. Some made it to hospitals and were treated; still others did not get sick at all. However, the year will always be remembered as the year turkeys got their revenge.

Ironically, Aunt Dee survived the weekend, but would perish only a few weeks later when a drunk driver in an SUV crashed with her car head on.