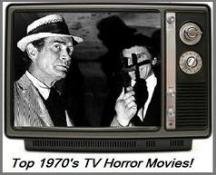 The US weren’t the only ones producing TV horror films for network consideration. The Stone Tape was aired on the BBC in 1972. It was written by Nigel Kneale, famous for his Quatermass films combining scientific explanation and conjecture to paranormal events. He always has an intelligent concept in his scripts that is fully realized with the right filmmakers.

A research team for a company working on a new recording method for computer electronics moves into an estate turned lab, only to find that their 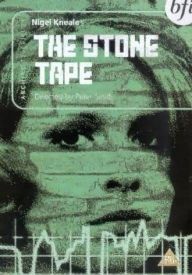 workers will not enter one of the rooms. Only hours into opening the new lab base for RYAN Electronics, the data technician, Jill, hears a woman scream in the empty room, then footsteps run past her or perhaps thru her. They find evidence of a residual haunting and work to capture its nature while discovering the building’s ancient stone walls have some importance toward the haunting. They comes to theorize that the haunt is caused by the room itself, that the stone walls were somehow imprinted with this woman’s screams, tragedy, and image. It’s a slow burn film but interesting for those who like a bit of mystery and investigation.

The story is a mystery to be unraveled and sets up a frightening twist in the end. The effects are decent enough for an older film but most of the story is relayed through the dialogue, sound effects and character reactions. It’s probably not for everyone because the horror is cerebral; the thought of what has transpired and resulted is chilling, not the image seen on the screen. However, it’s a terrific tale of psychological terror. 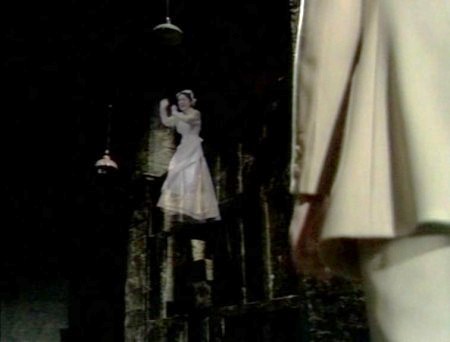 One of the first films to demonstrate the possibility of a residual haunting and how the hypothesis would work.

One of the actors in the bar scene uses the word “duppies.” In Carribean Folklore, a “Duppy” is a malevolent ghost or spirit.