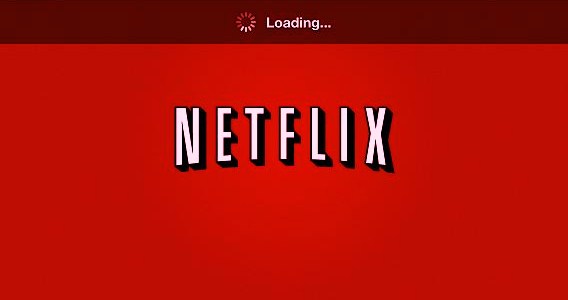 Dark, everything is dark. That’s supposed to mean scary. Why don’t they just say scary? The scary woods, the scary neighbor, the scary house. Anyway, if all a writer can think of to name his story/movie, is ‘the dark something’ it seems there’s little imagination in the writing. In fact some of these movies seem to prove the point.
–
————————————— 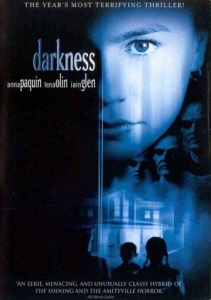 Darkness (2002) (1 star)
So, this family moves into an old house and, low and behold, it’s haunted! Run the reel of cliché haunted house gags; toys play themselves, lights flicker, things go missing, family members have
visions. I wanted to like this but it was just too damn slow and full of the same clichés we’ve seen 100 times.
————————————— 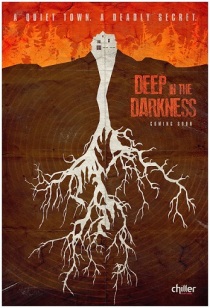 Deep in the Darkness (2014) (1 star)
A doctor moves into the country with his family to get away from the rat race. The town’s folk are weird; no cable, 8:pm curfew, a stone alter in the woods. The neighbor wants the doc to sacrifice live animals to the native tribe that lived on the land centuries ago. He refuses and all hell breaks loose. Seems like the native tribe is still with them. This film is not too bad, but not great either. It’s middle of the road.
————————————– 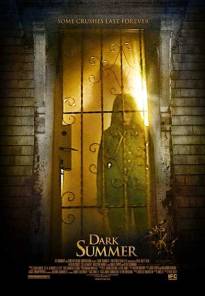 Dark Summer (2015) (1-star)
Remember when you were a kid and summer vacation would begin, and you were all like, yeah, it’s summer? But then it was August and it was hot, day after day, and there was nothing to do and you started asking yourself, when is summer going to end? That’s this film. A bunch of brooding youths make duck faces at each other over the suicide of an acquaintance. In a séance they ask, why did you kill yourself? Answer: She probably read the script.
————————————– 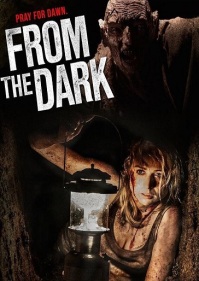 From the Dark (2014)
This film starts out pathetically cliche, but captured my interest as it went along. In the Irish countryside a hideous ancient monster lurks that only attacks at night. I’m bored just writing this lame, over-used theme synopsis. A farmer digging a trench finds a bone, oh wait it wasn’t a bone, it was a door handle. He digs out a few building blocks and the monster is unleashed. A couple on a drive to… I don’t know where they were going, I wasn’t paying attention. Their dialogue wasn’t riveting by any means. Anyways, they get stuck and it’s getting dark so they walk to a nearby farmhouse. This ghoul comes out of his underground hiding spot and tries to get them. The only thing they learn is the ghoul is afraid of light; any light actually burns it’s skin. The couple puts up a valiant fight but one of them is not going to make it. The final girl battles this weird entity with everything she has in her and the skirmish rates up there with some of the big ones, Jinney from Friday the 13th part II and Laurie Strode from Halloween. The creature is only seen in shadow and very dim light which I think makes it all-the-more creepy. I wound up liking this film and gripping the edge of my seat as the young woman tries to get away from the ghoul. If you will like it, will depend upon how willing you are to engage in a film that doesn’t do anything particularly original. Sure we’ve seen films like this a dozen times, but every once in a while a new film offers just enough little twists and wrinkles to be entertaining. This one builds the pacing just right to create a tense ending.
–
A cliche start leads to a strong female hero battling evil making this worth a watch.
I give it a solid 3.0 on the ghastly graveyard ghoul scale of dead-ish rotting walking corpse capers!
————————————– 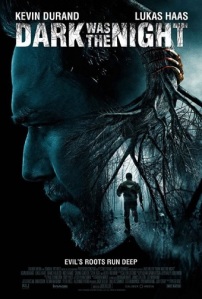 Dark Was the Night (2014)
The night after a farmer’s horse goes missing in a small rural town, the Sheriff, along with the town’s people, wake to find a set of large footprints of an unknown animal cutting a path through town. The prints indicate this creature stopped at several windows to look in at the inhabitants. Several months ago the Sheriff’s older son was killed in the woods, so the Sheriff don’t have his head wrapped on too tight. His younger son begins to see things in the woods and pets in town go  missing. It’s not until the sheriff finds a deer dead in the road that is taken from beneath his watch that he begins to believe the native American legend about some night beast. As the beast closes in on the townspeople, the sheriff and his deputy take a stand against the beast in the church. There are hints to this creature being the Jersey Devil or some similar hideous animal. The film is slow paced but kept my interest to the end. It’s not a modern film filled with action and graphic effects, but It’s effective as a slow burn using atmosphere and mood to ramp up the tension.
–
I give it 2.8 creeping creatures on the dark forest filled with ferocious freaky cryptids scale.
————————————

and some other not-so-dark films:

Mercy (2014)
I’m trying to figure out why this movie is so flat. It’s based on a Stephen King story. It stars good actors, Chandler Riggs, and Frances O’Conner. It’s well made and has a mysterious back story. It seems to do everything right, but somehow it fails to build any tension at all.
–
Woman in Black 2 (2014)
I really liked the first one. This one is the story of the Eel Marsh house turning into an Orphanage for children during WWII. It will put you to sleep faster than a child’s lullaby.
–
Heebie Jeebies (2013)
This is just a terrible weirdly designed monster – two heads, a mouth in the center of its body that does nothing, short stubby arms and legs…It looks like a mistake, for both viewer and filmmaker.
–
Pernicious (2014)
We go all the way to Thailand, grab a cultural legend, Kumari, and then treat it with the same old horror tropes as any other horror flick. Ghost girl in the mirror, crawling under your bed covers, and an old witch lady in the woods, all part of the cliché parade. There’s a gory torture scene that comes out of nowhere, but it turns out to be a dream. This film is just a mess.
–
The Diabolical (2015)
I’m a big fan of Ali Larter. This film started out decent enough, but took a left turn into weirdsville. It has a very good ending, but it wasn’t at all what I expected. And as the film gets more interesting scientifically, it gets less scary. It ends up in the middle of the road with the rest of the road kill.
– 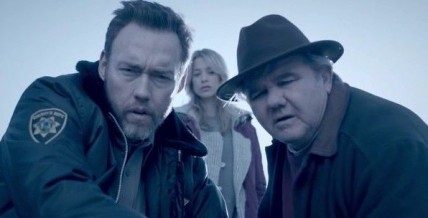 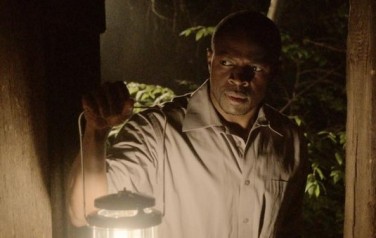 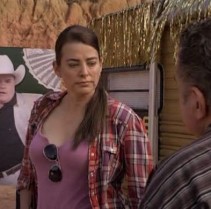 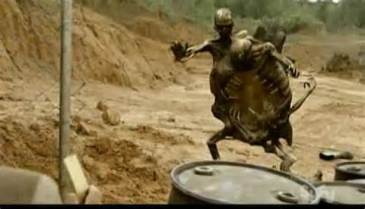 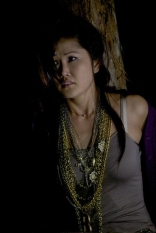 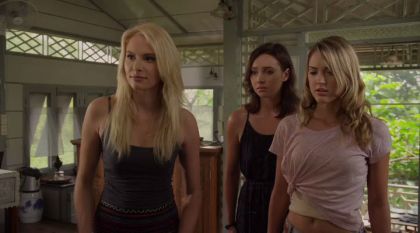 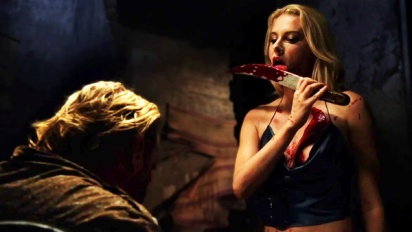