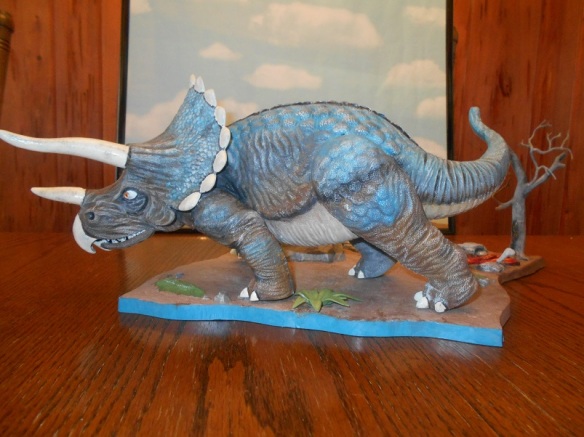 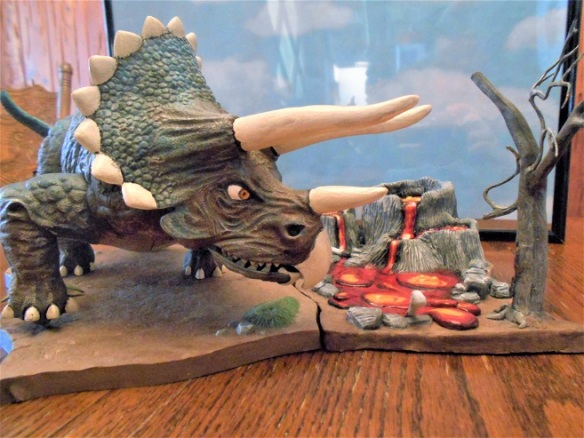 I finally tackled another model kit build after a short hiatus. This one is an original Aurora Prehistoric Scenes, Three-Horned Dinosaur (aka: Triceratops). Added on to the build is the Lava Pool base extension which lines up with both, the Triceratops and The Allosaurus original base.

I painted the whole dinosaur with a van dyke brown and yellow ochre undercoat before painting layers of Blue, Gray and Black for the skin color. The horns are off-white with some textures. The main modification I made to this dino was turning its head to the left to create a more dynamic pose. I built the figure, cut off the head and repositioned it by building a new neck area to support the head twist. 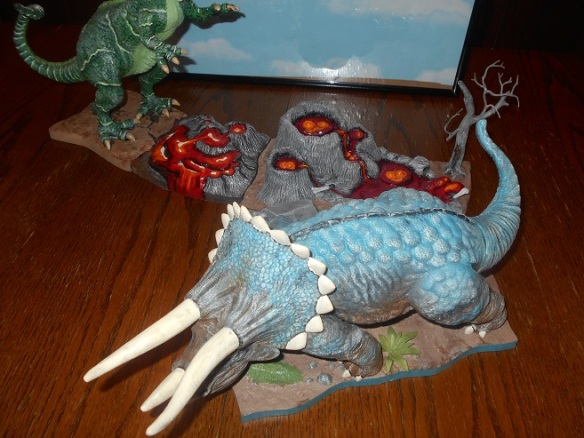 The Lava Pool extention was created/designed by myself. I shaped it to align with the edges of the Trike base and the Allosaurus base which also has the volcanic activity present upon it.

This is another one of my favorite dinosaur model kits and I’m glad to have the opportunity to build this again. The first time I had built it was over 40 years ago! 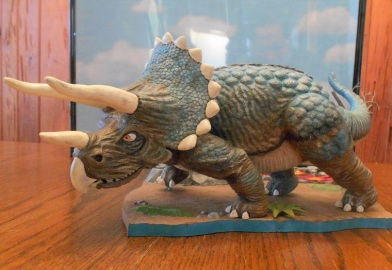 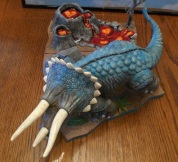 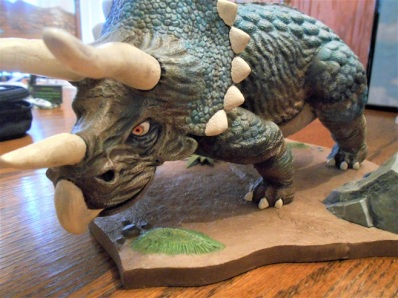 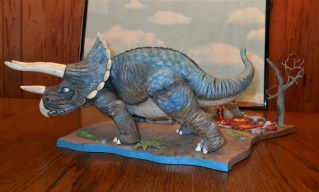 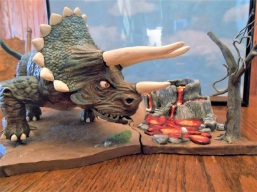 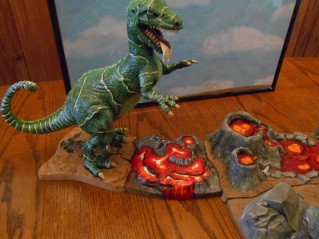 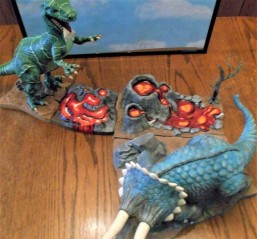 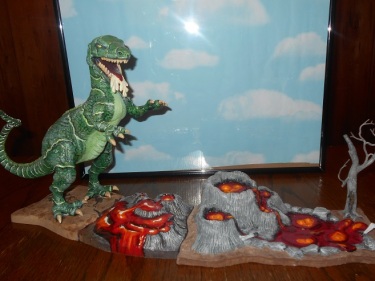 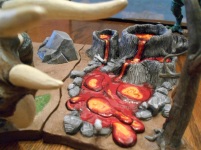 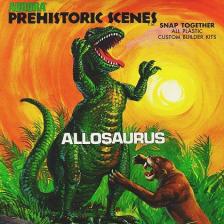 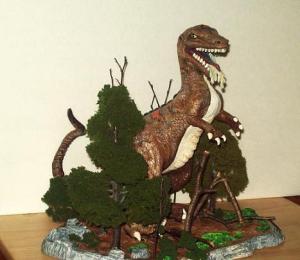 This kit was re-issued by both Monogram and Revell and is still widely available to those who look for it. It originally hit the market in the 1970’s. It had it’s own base for one year, then, for unknown reasons, Aurora dispensed with the base and sold the Dino, only.

The kit I purchased is an original Aurora Prehistoric Scenes kit (without base) in a ‘used lot’ collection. It was missing a hand and the outer half of it’s left arm.

I sculpted a new hand and arm piece.

I never liked the kit’s original green color, so I primed it gray and decided to go with a brown color with snake-like designs along it’s back. 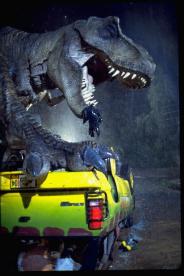 salivating over a kill. I debated cutting it off and just having a tongue. I think most kit builders agree, it wasn’t very authentic looking, but I decided to leave it to represent the original kit.

In Jurassic Park, I believe the effects crew set up this shot as a homage to the kit. Instead of slather, the T. Rex had bits of the rubber from the car’s tire hanging from his mouth.

Once the kit was complete, I decided to make a base from scratch. I started with a Styrofoam board and cut out a random shape. I edged it with rocky molding and outcrops to mimic the Aurora bases.

I molded grass and plant designs similar to those on the cave-man kits. I could have used more realistic Scene-it products but I wanted to keep some aspects of the Aurora look. I did use Scene-it trees and some branches.

I liked the idea of the Allosaurus crashing through the trees, onto the scene. 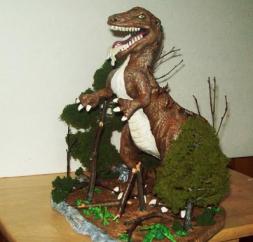 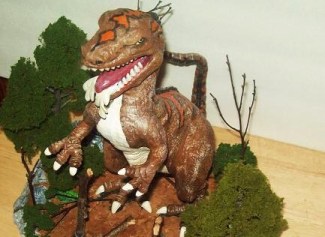 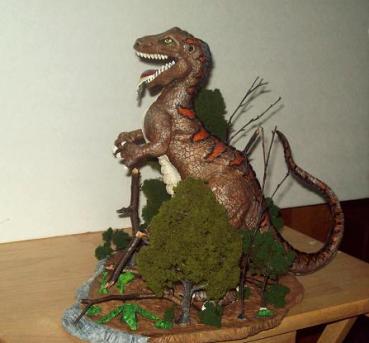 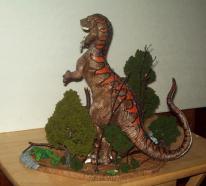 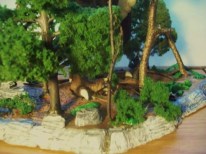 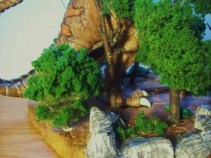 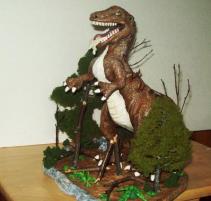 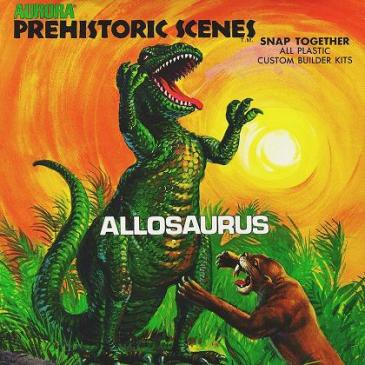