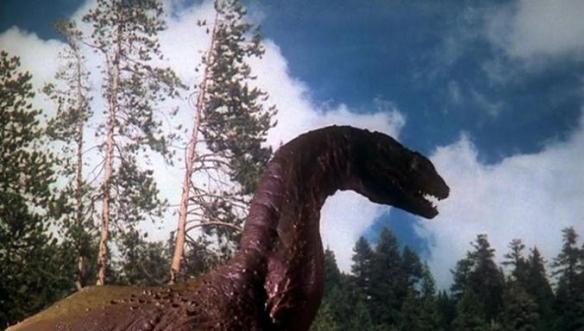 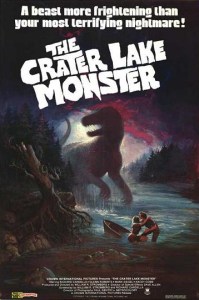 mustaches abound. We’re forced to follow the antics of two stooges who are not funny, (maybe if I was 6), and a Sheriff who is supposedly the smart one…supposedly.

The Monster is a Plesiosaur let loose from its underwater cave during a small earthquake. It eats a cow, it eats a chicken, it eats a camper and a guy that goes fishin’ – but nobody notices these people gone missing. The stop motion is outstandingly smooth and the plesiosaur model has great character (at least one character in this film does). The close up shots are terrible and consist of a large, stiff, fiberglass head that has no life in it. The soundtrack music consists of 70’s light fm and elevator music. Then, when the monster shows up it turns to 1950’s style sci-fi music used plenty of times in The Beast, the Deadly Mantis, and the Giant Behemoth.

David Allen:
If you like stop motion animation you have about ten minutes of great monster footage in this flick. The animation was done by David Allen. Allen was an active animator in film starting in his early career on the series, Davey and Goliath and the Gumby Show. He went on to animate sequences in Equinox and Flesh Gordon in the 70s. His work can be seen in Q, the Winged Serpent, Puppet Master, Caveman, Honey I Shrunk the Kids, and Batteries Not Included. In the circles of effects people he is most praised for his animation of Kong in the VW commercial in 1972. Perhaps his most known work was animating The Pillsbury Dough Boy.

If you like the art of stop motion animation you will find some nice work in this film. For the rest of you, leave this in the crater it had crawled from. 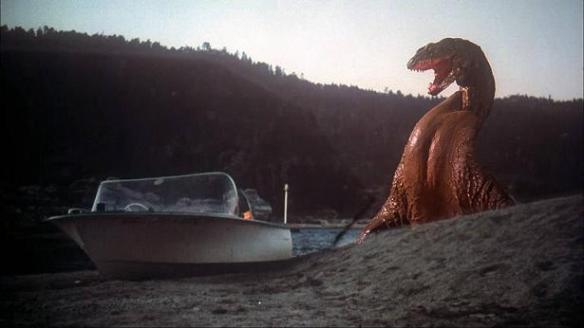 Fun Facts:
Stop Motion Animation is not necessarily claymation. In fact most films do not use clay for their stop motion effects. They use sophisticated puppets with metal skeletons inside called an armature, that enabled the animator to move it in small increments. The skeleton is covered with foam, rubber and latex, sculpted to simulate dinosaur skin and sometimes covered in fur (King Kong, Mighty Joe Young). 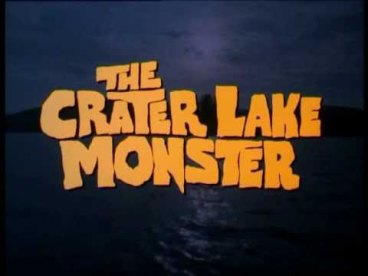 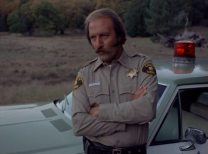 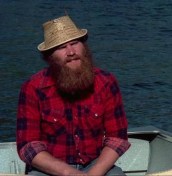 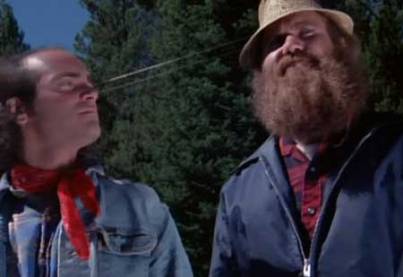 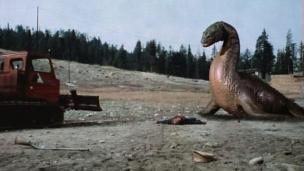 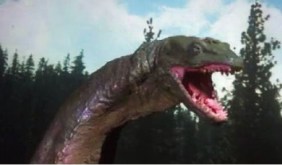 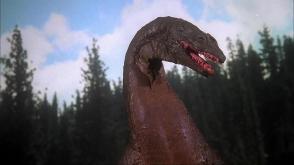 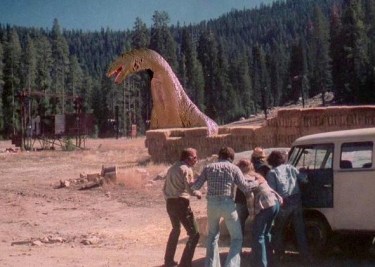