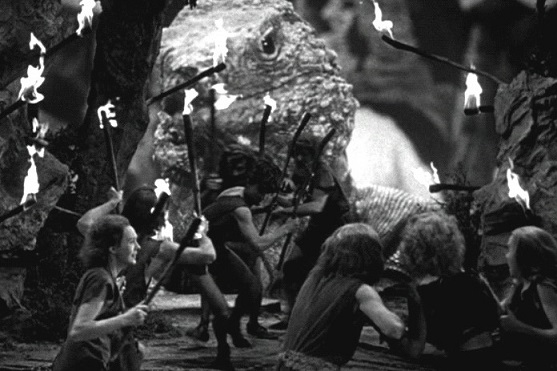 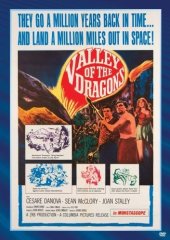 Here we have a dinosaur film that did not shoot one frame of dinosaur footage for its own production. Every scene of dinosaur and prehistoric beast was reused footage from films that have come before, most notably, One Million BC (1940). The production got fairly creative with this, going as far as filming the characters (new footage) in the foreground over the reused footage in the background. They even use b&w footage of Rodan to stand in as a pterodactyl. The premise of the film is far-fetched. Two men about to have a gun duel are swept up by a comet colliding with earth. They find the comet has earth’s prehistoric life still living as it had been a million years ago. The men are attacked by a parade of lizards and reptiles posing as dinosaurs including, a skink, a gator, an iguana, a monitor lizard, and a snake. There’s even some armadillo mixed in with some fake mastodons and a mongoose. Well, the two men get separated and each makes friends with a separate tribe of humans. In the end they get the warring tribes to get along, shake hands themselves and make a new life with their respective new cave-girl love interests. One of the big draws to the film, especially for young men, was the underwater swimming scene with star, Joan Staley. This film is not at all important in the history or legacy of dinosaur films. However it is enjoyable in a train wreck, sort of hokey-silly-pseudo-science, way. I just wouldn’t go out of my way to find it. 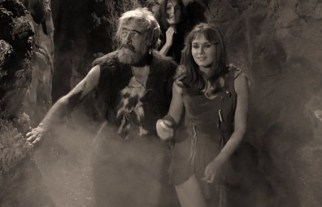 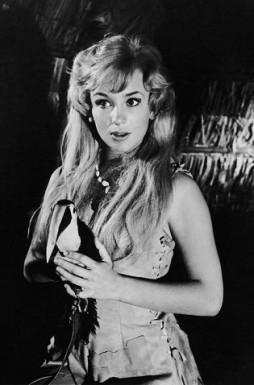 So we meet again! 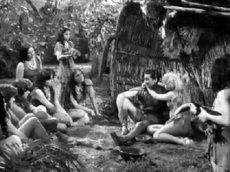 Hey, what am I doing here? 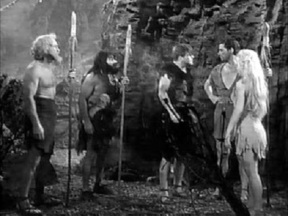 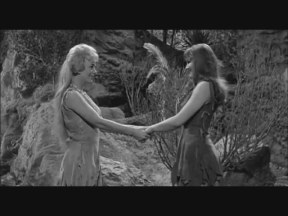 Why can’t we be friends?

Nice shot of Earth with clouds…

This is the sequel to The Land that Time Forgot. Overall it is a step down from its predecessor but there’s some exciting dino-interaction scenes, especially early on. The script, plot, and story is sub-par even for a dinosaur/action adventure film. It was directed by Kevin Conner as were all the E.R. Burroughs Films done by Amicus (and AIP).

Ben McBride (Patrick Wayne) sets out on a mission to rescue Bowen Tyler (Doug McClure) from the mysterious land of Caprona, where he was

abandoned in the first film. Their plane is downed by a pterodactyl and the gunman/ mechanic is tasked with fixing the plane while the rest of the rescue team searches for Tyler. They meet a cave woman who had learned English from Tyler and she leads them to a race of more advanced warriors who are holding Tyler captive. Naturally the team sets Tyler free, a volcano erupts (because that’s how all dinosaur films end) and the team escapes. There is some fun sparing between the male team members and a female photographer, Charly (Sarah Douglass) early in the film. The cave woman, Ajor, (Dana Gillespie) provides some eye candy, with a bursting bust-line and big hair.

The main scene that makes the film worth watching is the pterodactyl fighting the plane. It is much like a dog-fight in war films and makes for an outstanding action sequence. It goes on for a bit of time and is wonderfully choreographed. The film goes downhill after that, but it’s occasionally bolstered by a funky looking Stegosaurus, some cave monsters, and some sword and sorcery type hand to hand combat. There were a couple of Ceratosaurus, but truthfully I made better looking dinosaurs as a kid from playing with my mashed potatoes at dinner. A few of the creatures in the skull caves looked like repainted monsters leftover from At the Earths Core. The film doesn’t give much credit for the dino effects, but I’m quite sure they didn’t use Roger Dicken who crafted some impressive looking puppets in the first film. Ironically Tyler dies after they rescue him which kind of makes the whole film feel redundant. Amicus Films actually closed before the film came out, but AIP, the distributor, went ahead with the release.

Dana Gillespie was primarily a singer whose teen single was produced by Jimmy Page, did folk music thru the 1970s, sang back up vocals on David Bowie’s, Ziggy Stardust album, and starred in the London Palace Theater’s Production of Jesus Christ Super Star. She finally settled into the blues genre and has over 25 albums to her name including her most recent, Cat’s Meow in 2014. Every year she runs a Blues Festival in the Caribbean that attracts name musicians from all over the world. 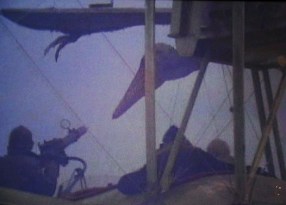 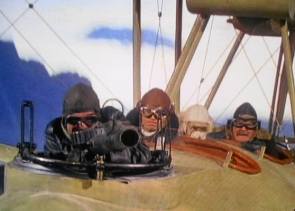 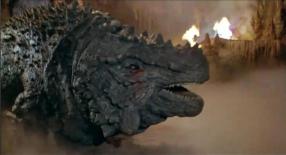 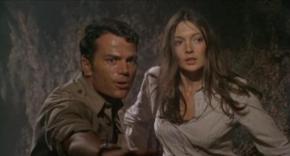 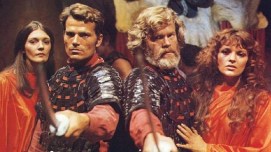 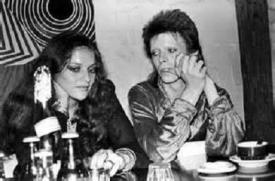 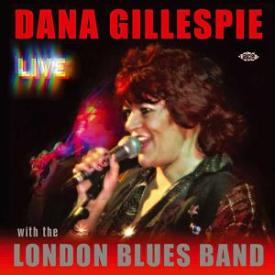 One thing I have noticed about many older dinosaur films. If the studio paid for a well written script and good actors, it didn’t have much left for good dinosaurs. This is a finely acted period piece set in the1880s, with interesting dialogue, characters, plot, and conflicts. Naturally this is more of a fantasy/adventurer movie, originally penned by Jules Verne, but there are dinosaurs in it, so I file it within the realm of dinosaur films.

James Mason plays an outstanding part as Sir Oliver Lindenbrook a headstrong scientist on the verge of a very important discovery. He is curt and brash, mostly because he feels time consuming formalities only stand in the way of discovery. When he is forced to take another scientist’s widow on the expedition he has no qualms about expressing his dissatisfaction with the

capabilities of the opposite sex. Lindenbrook is proven wrong by the end of the film as lady Carla Goteborg (Arlene Dahl) becomes a major asset to the group. A young Pat Boone plays the part of Alexander McKuen (Alec), Lindenbrook’s nephew and assistant.

The dinos are Rhinoceros Iguanas with sail fins attached to their backs. I must say, of all the reptile stand-ins for dinosaurs in film, these are the best. They truly look like dimetrodons. (And you can’t even see where they stapled the sailbacks to the reptile skin, lol.) The Red Dragon at the end is a Tegu with no such appliances but plays a rather slow and dull part in the film.

The first time I had seen this I was a boy of about 8 years old. I will admit that most of my enjoyment of this film is nostalgic and I have no idea what a person watching it for the first time today would think of it. I’d say if they didn’t have an appreciation for 1950s sci-fi/fantasy/adventure or Jules Verne, they wouldn’t think much of it. The film is very British in feel and style (much like the Lost World 1960 remake) which is also an aspect I appreciate.

I also feel good that science is applauded and held in high esteem in this film. Today it seems that whenever a scientist makes a statement, he is ridiculed by counter scientists working for oil and gas companies, or by creationists that claim all the scientific evidence was left in the ground by the devil to confuse mankind. Global warming is a real problem and fracking (fracturing the earth’s bedrock to release natural gas) will lead to more and more earthquakes and volcanic eruptions each year, destabilizing the earth’s crust. For every action there is an equal reaction, and all that. But that’s a debate for another day and a different blog.

It was nominated for 3 academy awards, Set/art decoration, Special Effects, and sound effects in 1960.

Rhinoceros Iguanas are found mostly on the island of Haiti and Dominican Republic. They grow to 4ft long.

Dimetrodons are not actually dinosaurs. They are Pelycosaurs which lived in a time before dinosaurs in the Permian Era of earth’s history. 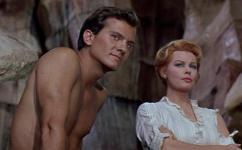 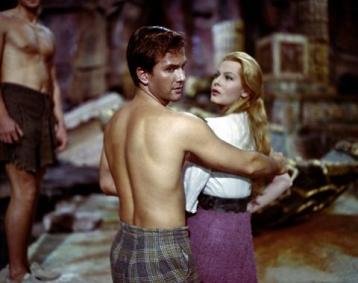