Summer blockbusters of years gone by:

This movie is a cross between Stand By Me, and E.T. with a bit of Cloverfield thrown in for some intense action. It is just what you would expect from a collaboration between JJ Abrams (writer/director) and Steven Spielberg (producer). It has all the makings (and perhaps the pitfalls) of a ‘summer blockbuster’ hit – tense moments, high action, laughs, drama, and over-the-top special FX. At the center of the story is a group of young kids trying to make an amateur film for a film contest. I completely identified with this group of youngsters struggling for accomplishment and battling the forces that be to get it done. The young cast was considerably talented playing each of their characters to believability. Sneaking out of the house late one night to film a scene, the youngsters witness a terrible train wreck. Upon closer examination it is clear that something alive and quite unusual has escaped from one of the train cars. The military soon quarantines the small town as they prepare to hunt down the enemy life form.  Some viewers had questions and negative comments about the alien and its motives. I think they were perhaps expecting a Riddley Scott ‘Alien’ type of movie. This alien is more like the one in ‘It Came From Outer Space’ where its only concern is to procure the materials it needs to get home. In fact, the film seems to intentionally mirror a throw-back to older sci-fi films. Like all ‘fantastic story’ films, if you look too close you will find imperfections, that’s just the nature of the beast. In the end, this movie was really about a group of kids forced to grow up very quickly when faced with a serious situation. Make sure you sit through the end credits to see the completed ‘Super-8 film’ submission – an amateur zombie film. 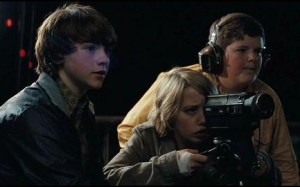 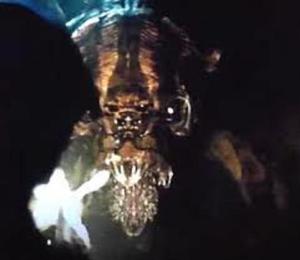