Directed by Paul Annett.
Screenplay by Michael Winder
Based on the short story “There Shall Be No Darkness” by James Blish

This had quite a different feel for an Amicus film. The film is part who-dun-it mystery, part action-film and seems far removed from Modern Gothic influence. It also has a simple gimmick that makes it worthy of a William Castle film. This is a werewolf film, but unlike any werewolf film you have seen.

First, I absolutely love the main theme for this film. It’s a sharp hard hitting funk tune driven by a percussive guitar bed and a bold horn section delivering the melody. It is music you’d expect to find in early 70’s films like, Superfly and Shaft, but here it is, in a modern werewolf flick.

A wealthy investor, Tom Newcliffe, invites a handful of guests to his home for a long weekend. Each guest has hidden secrets and a shady past that entails a trail of death left behind them. The weekend corresponds to a full moon, a harvest moon, that will be present for three days. Tom informs his guests that one of them is a werewolf, that none can leave the estate, and that by the end of the visit, they will know the identity of the creature. Fences are electrified, vehicles are disabled and the whereabouts of the guests are monitored by a state-of-the-art surveillance system. Tom is an avid hunter, made apparent by the mounted trophy heads upon the walls, and he will hunt down this devilish miscreant.

In the very beginning of the film you are asked to watch the clues and see if you can guess which guest is the werewolf. Several attempts at murder are made upon Tom, deepening the mystery. Each character has their own

eccentricities which arouse suspicion, but one by one, they begin to die.

As the tension mounts and the hunt progresses to a climax, the film suddenly stops. The narrator says you have 30 seconds to guess, who is the werewolf? A clock comes on the screen, ticking off the seconds as the film shows stills of each house guest. Place your guess. When the film restarts, all is revealed.

The film is less than perfect; day-for-night shots just look like daytime, Cushing’s Norwegian accent is less than perfect, and a few of the characters are not explored enough. It is clear that the werewolf is a dog, perhaps a black German Shepherd. However, the gimmick makes it a flick worth seeing, even just for film culture historical reasons. It’s a novelty, but it adds an element of fun to an otherwise average film by today’s standards. 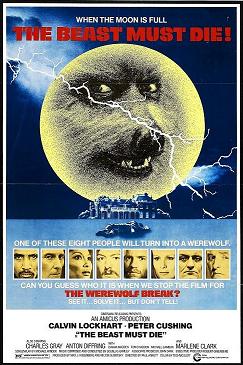 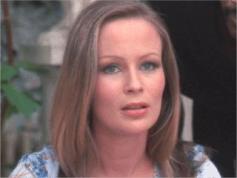 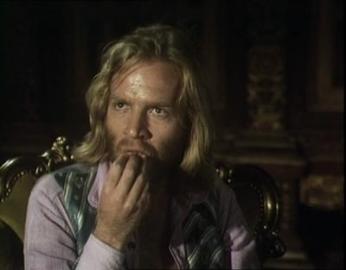 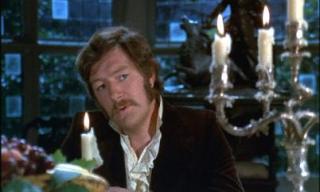 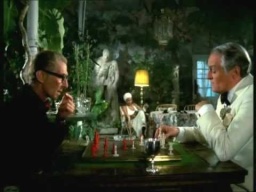 (note: don’t know why all the trailers have an orange tint. My dvd movie is sharp with naturally vivid colors)