Being an artist, I often enjoy visual splendor in films. That is why I can enjoy an effects heavy film even when the story is lacking. Being a writer and author, I often enjoy original concepts and ideas in films. New ideas spark my imagination and I like to take mental note of aspects I can use or expand upon in my own work. So yes, I am making excuses for why I like this film so much. The story is lacking. The dialogue is mediocre at best.

Several characters investigate an abandoned spaceship on a distant 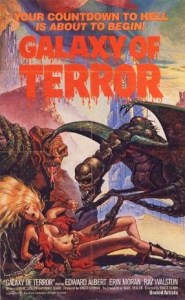 lifeless planet. The film follows each as they meet their demise. They all die by a method they would fear most. For example, one gets killed by his own crystal bladed weapon that took him years to master. Another by her own fear of claustrophobia.

The film stars Erin Moran (yes, Joanie from Happy Days) in her first movie role since the end of her short lived spin off series. A very young, pre-Freddy Kruger, Robert England stars in the film. In fact you will most likely recognize all the actors in the cast but one or two. Naturally, being a Roger Corman film there’s lots of blood, guts and gore.

The most disturbing and talked about scene in the film is of the woman being raped and killed by a giant worm. This is a shocking scene even for a Roger Corman gore-fest. The bizarre shots in the sequence had to be trimmed to avoid an X-rating but still reveal enough to disgust you on a visceral level. (The disturbing aspect is that while I know it is vile, I find it hard to look away – something I call the “road kill syndrome). The death-by-worm-sex scene is probably the reason 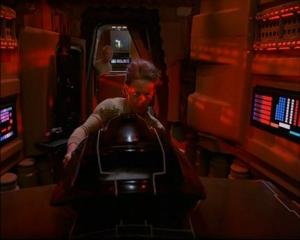 this film has such a strong cult status. It went as far as any scene of this nature will ever go in a horror/sci-fi film.

The film borrows some ideas from Forbidden Planet, especially the idea of the characters being attacked by their own worst fears. Event Horizon some years later has similarities to Galaxy in finding an abandoned ship and entering it only to be psychologically attacked by an evil entity. For a low budget space movie, the effects and sets are surprisingly good. It feels big and the film isn’t held back by its budget. They need a crash landing on the surface of an alien planet? They do it. A gigantic ancient pyramid, they show it. Nothing is trimmed from the script because of budget. I believe the reason for that was having James Cameron as production designer.

As I had mentioned, the film is more about shocking gore and FX than story. It might not be for everyone but having been there when these types of films came out in theaters, and having watched each film try to one up each other in the gore factor, was a fun experience. This would probably have taken the gore award for 1981 if it weren’t for Evil Dead! Good times!

A Corman space movie with horror, blood, nudity and gore, for a harsh R-rating. This ain’t no Star Wars!

I give it 3.9 severed limbs on the death by nookie-nookie scale of freaky maggot infested gore flicks!

James Cameron was the 2nd unit director and production designer on this film. I tend to think that much of the huge scope of this film had a lot to do with Cameron. This film most likely prepared him for directing Aliens a few years later. He had worked on several Roger Corman films.

The worm sex scene was trimmed down to get its original X-rating changed to R. Despite the editing, the film was still banned in many countries. It was released in some countries with the scene completely removed. 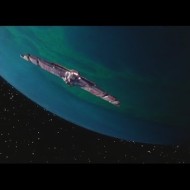 one-tenth of the budget for Star Wars, take that!

Well maybe Potsy did it, or Ralph Mouth… 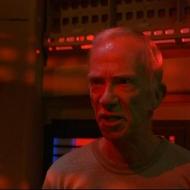 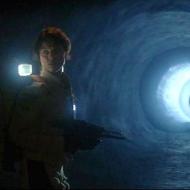 I wouldn’t go in there

that’s not how you use this weapon 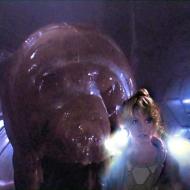 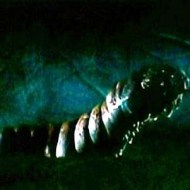 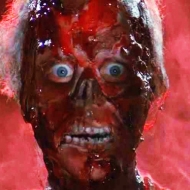 This shot foreshadows his next job! can you say Kruger?