Based on a short story by Stephen King 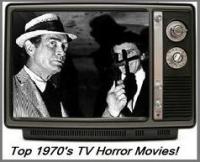 –
By 1979, a TV movie written by Stephen King was big news. Add to that the film was directed by Tobe Hooper, the guy that made Texas Chainsaw Massacre, and you have piqued interest in the film. Even us High School kids were abuzz with talk of the coming night’s horror flick about vampires in a small town in Maine. The young boy vampire, floating at his friend’s window chilled a generation of TV watching young horror fans. Salem’s Lot took a familiar horror staple and made it seem new. It told the story in a new way and entertained multiple generations. Some kids watched it with their parents,

some despite of their parents, but almost everyone from 15 to 25 stayed home those two nights to tune in. It also made a few of us (like me) think that writing books for a living could be interesting and exciting.

Author Ben Mears returns to his childhood town to write about an old rumored haunted house called the Marsten House. He finds it is occupied by new owners, mysterious in nature. Of course we all know Barlow is a vampire and his sidekick Straker is his cohort, protecting him in the daylight hours. As the town turns into vampire central, Ben, his love interest, Susan, and the boy, Mark, battle the vampire at the Martsen House. This film brings back the Nosferatu style vampire in Barlow with great success. The glowing eyes of Barlow and all that are turned to vampires are something that really stands out in this film.

I love the stunning main theme by Harry Sukman. Long loud horn blasts break between quieter notes in a push and pull sequence, then the theme jumps into a frantic eighth note pace reminiscent of the theme from Psycho with multiple key changes. Paul Monash wrote the screenplay after several writers attempted to with little success. King liked Paul’s script and was familiar with his work as he had adapted King’s novel, Carrie for film. The film is a little slow and quiet by today’s standards, but that makes the horrific parts all the more creepy.

The house was made to look like the description in the book by building a façade over the front of an existing home in Ferndale, CA.

Make up man, Jack Young invented the glowing eye contact lenses for the film. They could only be worn for 15 minutes at a time.

Unlike the novel, the Vampire Barlow does not speak a word in the Salem’s Lot movie/miniseries.

A shorter, edited version was released to theaters in Europe. This version, called Salem’s Lot, The Movie, was also released with Return to Salem’s Lot as a double feature home video. WB eventually released the original uncut version that was aired as the miniseries in 1979. 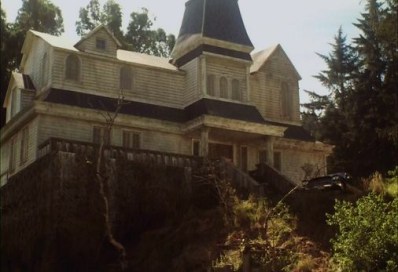 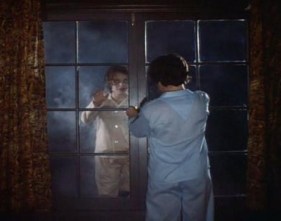 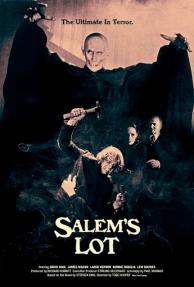