You have two children, one will live, the other will die…and you will have to choose. A young American couple are raising two children in India. When the mom’s car is caught in a flash flood and washed into the river, her son’s seat belt is wedged under the damaged car door. Her younger daughter is unconscious and the car’s interior is quickly filling with water. The mom, Maria, (Sarah Wayne Callies) has to make the toughest choice ever, deciding which child she will save from drowning.

Totally broken by the incident, the housekeeper informs Maria of a way that she can speak with her dead son, make peace and say she’s sorry for how the accident turned out. Maria travels by day to a remote temple in the woods where she performs a ritual. As night falls so does the divider between life and death. She doesn’t follow the rules and her son, in ghost form, returns to the house with her. There are signs that he is in the house, piano notes, toys, but there is also a wicked evil streak in him. Meanwhile death is stalking the family in order to balance the world and bring the boys soul back to the netherworld.

There are some genuinely creepy moments in this film, but as a whole it seems to languish in its own breadth. There’s an overall subdued and melancholy atmosphere that pervades. At each point that the film begins to build tension it releases it to yet another lull. I enjoyed the India mythology and folklore. It was a lot to introduce, but similar lore has been in past films. The movie just never built enough steam to keep me in a state of heightened alert. The energy level was flat until the last half hour. Despite the slow pace, the ending was very good. It’s not a terrible movie but it never reached its ultimate potential. It hovers midway between good and not-so-good.

A decent story and new mythologies are interesting but the pacing never lets the tension build.

I give it 2.5 eerie ritual resurrections out of 5 on the shadows of the netherworld scale. 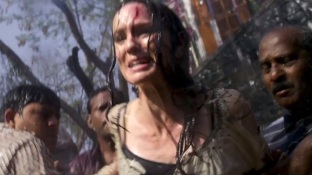 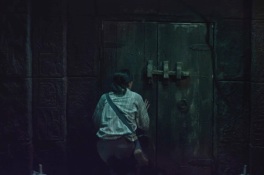 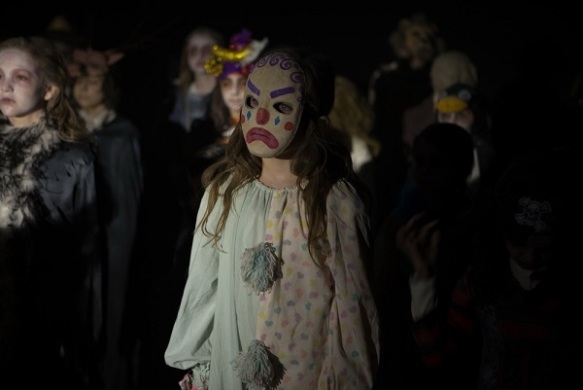 Dad, can we pay the ghost? Imagine if that were the last thing your child said to you before disappearing without a trace. Add to that fact that the young son in this film had been seeing a cloaked figure outside his bedroom window and three vultures circling the sky above the NYC skyline. It’s not often that I enjoy a film with Nicolas Cage in it, but this is a decent enough horror tale. It won’t be remembered for being all that scary, but it was entertaining and I cared for the characters by the end. It’s based on the Tim Lebbon novel of the same name, with the screenplay by Dan Kay.

Cage plays Mike Lawford, a father striving to gain tenure at a NY University and after putting in extra hours on Halloween night, he misses trick or treat with his son, Charlie. The carnival is still going on down the block, in the Greenwich Village area, so he asks his wife, Kristen, if he could take their son for a little while. He lets go of the boy’s hand for one second to pay for ice cream and the boy is gone.

Mike and Kirsten (Sarah Wayne Callies, who played Laurie in The Walking Dead) search for him. They fight and blame each other. For a whole year there are no clues or leads to follow until a few days before Halloween. Mike sees graffiti on a wall that reads, did you pay the ghost? This leads him on a trail into the unknown where myth and the darkness of old yarns converge onto the modern city back alleys. There’s some moody atmospheric visuals with the vultures and the witch’s cottage for those who like that kind of stuff (like me).

There’s also a lot of horror flick standards and cliché horror tropes thrown in for good measure. The end is the usual Hollywood faire and although not original, it was good to see the dad be the hero. The film reminds me of older style horror with some jump scares and visual effects thrown in to fill the gaps between the main parts. There’s no blood or gore to speak of and not even much death. It seems like most viewers gave this film bad reviews so watch at your own risk. It won’t win any awards for originality but it can be a fun watch if you don’t expect too much.

Blend Poltergeist, Darkness Falls, Celtic and Greek mythology tales into the subject of missing children, and you have a decent horror film with a decent story.

I give it 3.0 wicked witches out of 5 on the harrowing harbingers of hell scale. 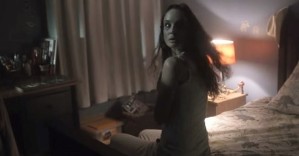