The success of this TV pilot movie spawned the series that lasted for three seasons. Our host, Rod Serling, wrote all three stories in the pilot, all of which had a particular painting as an aspect of the tales. An interesting note is the second segment was directed by a young Steven Spielberg, his directing debut.

The Cemetery – Roddy McDowall plays a scoundrel, Jeremy Evans, a distant cousin of a sick miserly estate owner. He shows up shortly before the millionaire’s death (suspicious death) to collect on the will. He derides the butler/assistant, Osmond Portifoy, who helped Uncle William Hendricks for 30 years being both a caretaker and a friend to the man. Uncle William was an artist before his disease crippled him. The last canvas he painted, a view of the family cemetery on the estate, hangs from the

main stairway wall. Soon after the old man’s burial, Jeremy notices a difference in the painting, a fresh burial at a grave site. He calls Portifoy to look at it but the caretaker sees no difference. After being insulted by a drunken Jeremy, Portifoy leaves for the night. As dark falls, Jeremy sees the disinterment of the coffin in the painting. He races around the mansion calling for Portifoy, forgetting that the man had left. Every time he passes the painting he sees the image of his Uncle William move closer to the front door until finally he hears the massive door knocker summoning him.

Eyes – In the second segment, Joan Crawford plays a nasty, well-to-do woman with one distraction. She is blind. Through her lawyer, she finds a man that will donate his eyes for a nominal fee. He needs to pay his bookie before the mob rubs him out. She doesn’t care about the moral implications or the man’s motives, she wants both of his eyes for $9,000. She 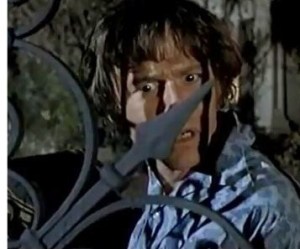 especially wants to see the recently finished portrait of herself commissioned by a top artist in the field. The sight will only last 12 – 13 hours. But there will be a price to pay for taking advantage of those less fortunate.

The Escape Route – In the final segment, a man can’t keep his terrible past a secret as memories of his work at Nazi concentration camps surface. Now living in Brazil, he spends time at a museum, under a peaceful painting of a lone man fishing on a docile lake. He imagines himself there at the lake many times. An international investigation team is closing in upon him and he has one wish from God. But God isn’t going to let his sins go unpunished.

These are three excellent tales with stronger themes than The Twilight Zone while still retaining the moral compass of the traditional Zone tales. If you like TZ you will like this also, it feels like an extension of the old show. The first segment is downright creepy and all the stories have a twist ending. Despite that there’s more dialogue than action, the stories will certainly hold your interest.

Excellent story telling in the tradition of the best TZ episodes.
I give it 4.0 walking corpses on the tortured twisted endings scale in the Rod Serling universe. 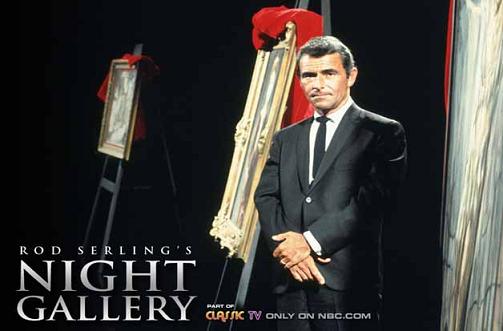 Everything you would want to know about The Night Gallery series, including a gallery of the paintings used to introduce the individual stories can be found here: http://nightgallery.net/

————–
The Night Gallery – the series
The series began a year later in 1970 and ran for 3 seasons through 1973. Rod Serling was the host, introducing us to stories through paintings in the art gallery. Each hour long episode had up to three stories. Some of my favorite episodes include, Pickman’s Model, The Doll, and Since Aunt Ada Came to Stay. The third season and subsequent syndication format were only half hour episodes. They had a few unaired stories and had edited down some previous episodes to only one story in order to fit the half hour format. They also added in stories from a short lived series called, The Sixth Sense with newly recorded introductions by Rod Serling to round out the syndicated series and the VHS/dvd releases. However, the dvds/blurays of the first two seasons on the market today are the original hour episodes the way they had originally aired. 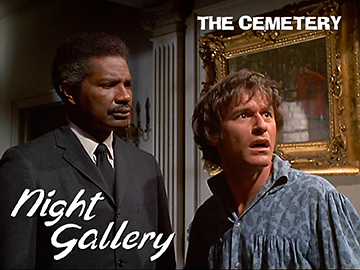 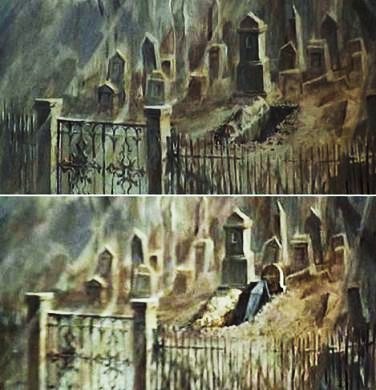 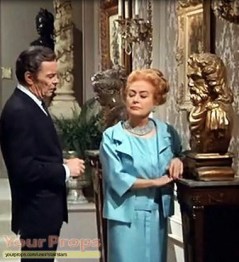 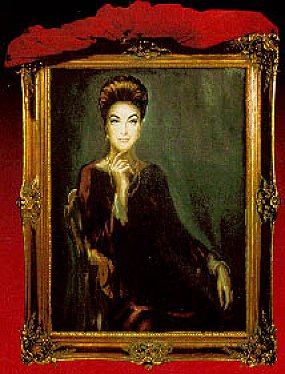