–
Traps is a quick read single by the author of Beavers! a book I quite enjoyed for its B-movie, Corman-esque styling. This one doesn’t have quite as much camp and comical aspects, but it does kick out some angst and root for the underdog reactions. A homeless wanderer is at odds with a town sheriff and is simultaneously being stalked by a dark creature. The question is, which one is more dangerous? First Blood meets the country walk in American Werewolf in London. It’s a fun, fast-paced read for the horror fan. And hey, it’s only $99 cents for your Kindle.

Directed by Rob Letterman
Based on stories by R.L. Stine

–
In the mid-1990s Goosebumps was a television show for youngsters that liked horror, but were not necessarily able to handle adult horror flicks. My daughter loved the series and soon found interest in the book series of the same name. The plots were simple and the storylines predictable, but that didn’t hinder the enjoyment of the show for my daughter or her parents, myself and my wife. We engaged in the tales becoming familiar with Carlie-Beth and the Mask, Slappy the ventriloquist dummy, the Snowman of Pasadena, and many more wonderful stories and characters of the show.

–
We finally watched the Goosebumps Movie with equal parts excitement and trepidation. We’ve read some bad reviews of the film, but wanted to watch it for nostalgic entertainment. The film took a full 26 minutes before anything remotely Goosebumps related happened. The characters were cardboard cut outs with little depth, the kind that we’ve seen so many times in many other films. The plot was simple but decent enough. I think the problem with the film was they were trying to reach both the parents and the children at the same time. This is something Disney has perfected but many other filmmakers struggle with. The kids that grew up watching the show or reading the books weren’t engaged by the characters and the mature jokes and aspects were too watered down to create impact with adults.

–
That being said, the monsters were fantastic and portrayed in usual Goosebumps fashion, somewhere between comical and monstrous. The action was fast-paced and at a higher level than the TV Show. The giant praying mantis was intense and being a giant monster fan, my favorite part of the film. The abominable snow man, the werewolf, and fan favorite, Slappy, all added nostalgic value to the film. The scary garden gnomes added comedic aspects. The film moved along at a fast pace, helped by a wonderfully exciting score by Danny Elfman. Sure the film was predictable, simplistic and delivered mild horror entertainment, but the TV show fits that same description. I think the film was at the same level as the show, but perhaps some viewers were expecting more. All said, it delivered light horror entertainment and that’s all I expected so I wasn’t disappointed.

–
I give it 3.2 fictional frights on the maniacal monster mash-up movie scale.

Dylan Minnette and Ryan Lee had both appeared on the TV series, R.L. Stine’s The Haunting Hour (2010).
–
In the film Stine complains he has sold more books than Stephen King which is true. King sold 350+ million books and R.L. Stine sold over 400 million books.
–
The real R.L. Stine makes a cameo in the film near the end when Jack Black introduces him as a new teacher, Mr. Black. (so RL Stine played Mr. Black, and Jack Black played Mr. Stine)
–
The high school auditorium has a set where the theater class had been rehearsing a stage production of Stephen King’s “The Shining.” How cool is that!
– 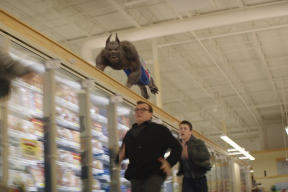 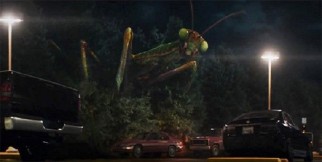 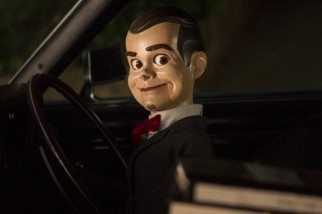 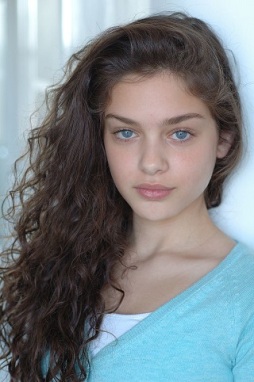 This post also takes a look at Damsels in distress as depicted on movie posters through the years for horror and sci-fi.

I also included the ‘banned’ inside cover art for Guns & Roses first album Appetite for Destruction, just because it fit so well in the theme. 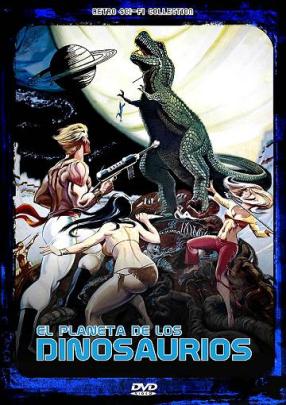 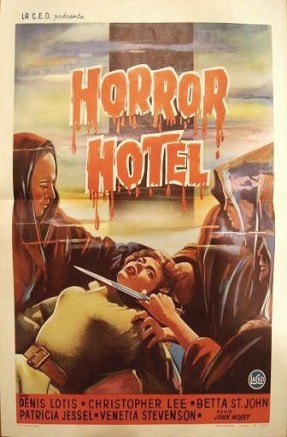 This post takes a look at Damsels in Distress as depicted on Sci-fi & Horror pulp magazines, horror comics and a few Book Covers (and a few loose illustrations, too!) 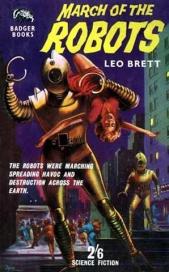 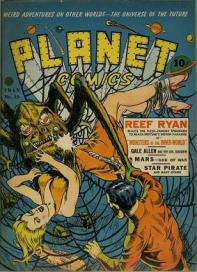 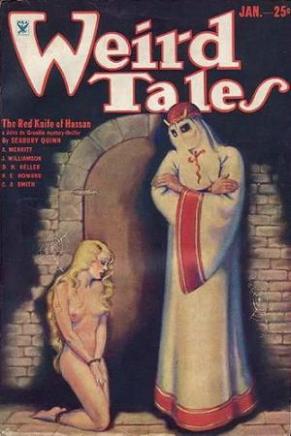 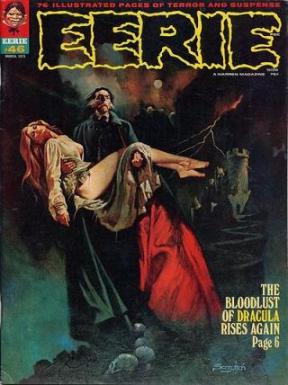 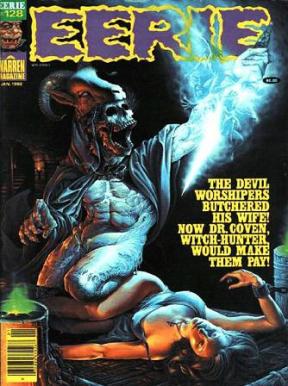 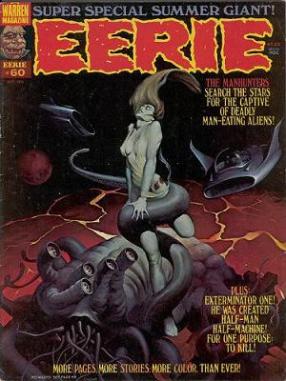 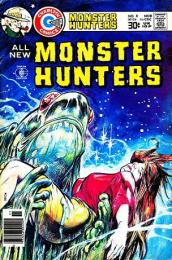 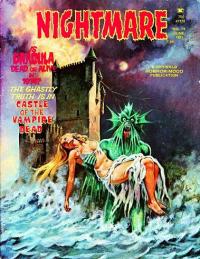 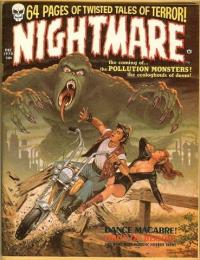 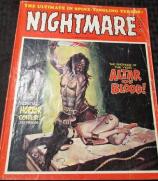 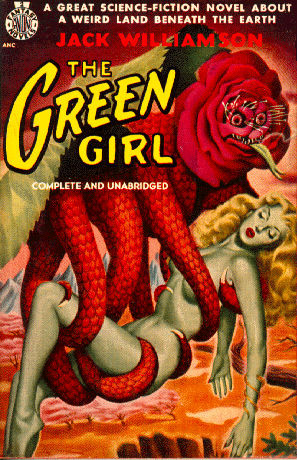 This post takes a look at Damsels in distress as depicted on movie posters for horror and sci-fi. There’s no truth in advertising here as many of these depictions never actually happen in the films. 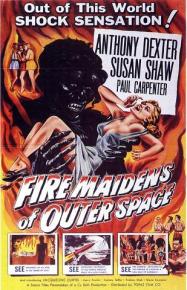 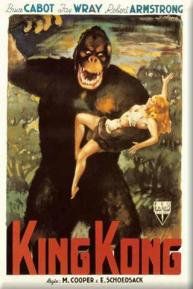 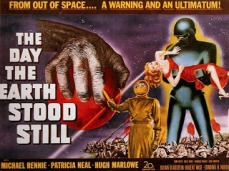 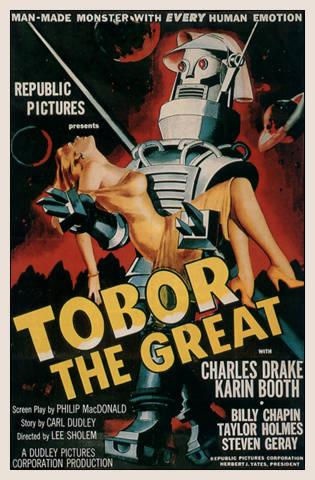 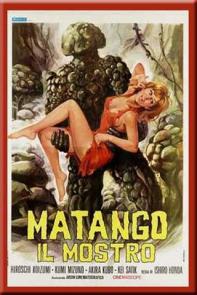 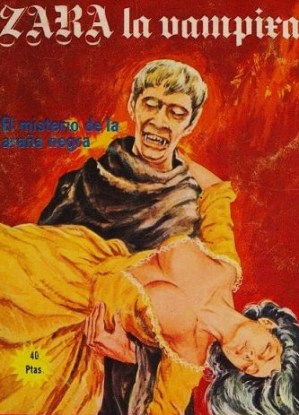 –
This is a smart film that gets the viewer reacquainted with a familiar horror staple without the cartoon-ish CGI representation of the character that seems to cheapen the genre. It approaches the werewolf story in a realistic way, encompassing the real legend of werewolf origins into a modern retelling. Relating the Wer legend to a blood disease that brings about black-out seizures gives the story an interesting and believable angle. 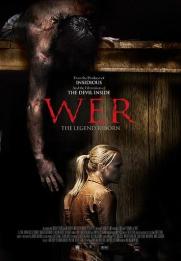 A family camping in the countryside of France is brutally murdered. Police capture a strange and lanky suspect by the name of Talan Gwynek and charge him with the murders. An American lawyer, Kate Moore, and her two assistants step up to defend Gwynek, mostly because it would be a high visibility case and win them notoriety. The suspect is feeble and arthritic in his movements. Kate intends to prove that Gwynek has a rare disease that involves seizures which would make it impossible for him to commit the murders. She gets a judge to approve the test for the disease, much to the dismay and anger of the lead detective. The test includes a strobe light treatment which would bring on a seizure. It brings on more than a seizure and Gwynek kills several officers and healthcare workers before escaping into the city.

I truly appreciate a horror film aimed at adult horror fans with a sensible plot and believable scenarios from the characters. The trailer may lead you to believe this is a found footage film, it is not. There are two scenes in that style but most of the movie is traditionally filmed. Though the film is open ended, (allowing for a sequel) it is a tightly written script. I enjoyed this film and I think the more discerning horror fan will appreciate what the filmmakers have done here.

An intelligent horror film aimed at the more discerning horror fan.
I give it 4.1 out of 5 gnarly growls on the scale of hairy harbingers of horror.

Fun fact:
Between 1520 and 1630 there were approximately 30,000 werewolf trials in France alone. The epidemic of Lycanthrope incidents continued through Germany, lands now known as Switzerland, and Estonia. 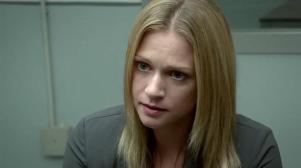 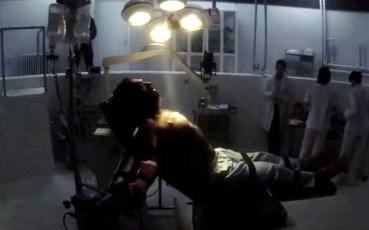 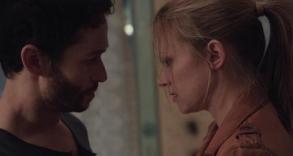 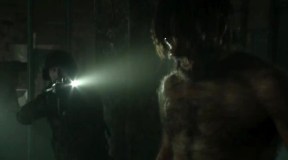 A good alternate title for this novel could be, An American Werewolf in College. A cross between The Howling and Animal House, we follow the tale of two twin brothers as they enter the college ranks and discover what they are really made of.

Jason and Joshua, freshman at Hallerton College NH, struggle to find their place in campus society. Jason, the perpetual nerd, and Joshua, the rugged jock, both fall for the same college co-ed. Cameron is a young blonde freshman fighting off the affections of several young men but it isn’t long before she is fighting more than the crushes from fellow students. Before either brother can profess their feelings to Cameron, the campus devolves into a killing field as the bodies of missing students are found in the campus bell-tower. The hunt is on for the savage beast that leaves mutilated students across the campus on nights of the full moon.

With the worldly-wise professor Cairo Oldewood, the boy’s Uncle Zeke, and roommate /x-treme sports enthusiast, Dylan – one twin must search the mountainous countryside to find his brother before the next full moon rises and another student meets their untimely death.

Hour of the Beast is a fast-paced horror-thriller with lots of action, suspense, and comedic relief. While it doesn’t necessarily add anything new to the werewolf genre, the story is well-told and makes for enjoyable reading. It is a fun book for the horror fan, a modern werewolf tale with all the mystery, violence and sexual overtones one would expect from the genre.