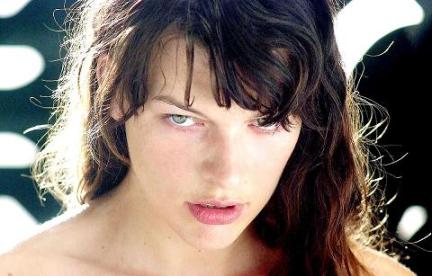 I realize this film was not well received. It only has a 19% rating on Rotten Tomatoes and a 5.8 rating on IMDB. I think that some viewers just got mad that the supposed “real” documentary footage was clearly filmed for the movie (i.e. not real at all), to add an air of authenticity to the story. I just saw this as a unique way to tell the story, sometimes with split screens showing both the film version with actress, Milla Jovovich, and the supposed ‘real’ documentary footage. It helps my viewing pleasure when the whole film isn’t that grainy bad quality video. Also, you actually needed some big, wide shots of the Alaskan wilderness to convey the isolation of small towns for this film. The ‘based on a true story’ angle was also a stretch. The only true part of the story is that a disproportionate amount of townspeople from Nome, Alaska have gone missing over the last 40 years. The FBI has investigated in Nome for this very reason. In this film, the writer connects that fact, with a story of alien abductions. It certainly is not as far-fetched as President Lincoln hunting vampires… or zombies, but then, they didn’t label those films with the ‘true story’ moniker.

Psychiatrist, Abigail Tyler is distraught over the murder of her husband, Will Tyler, also a psychiatrist. She begins to correlate a connection with his death to similar problems her patients are having. Many of her patients are suffering from the same afflictions; insomnia, waking every night at 3:33 in the morning, seeing an owl outside their window, and waking up later feeling stressed and uncomfortable. Under hypnosis, a patient begins to relay a series of abductions which includes the intruder communicating through his mind, almost seeming to take over part of his mind to enforce its will. The intruder is connected with the ancient Sumerian culture who’s stone artwork depicts carvings of alien spacecraft, alongside their gods. Abigail enlists the help of a Sumerian linguist to help translate some recorded communications during the hypnosis sessions. In a subsequent session, the intruder is able to communicate directly to Dr. Tyler through the patient in real time and actually threatens her. As if to prove its strength, it twists the patient into a knot, breaking his back and paralyzing him. It becomes clear after that session that the intruder is after Dr. Abigail Tyler, perhaps for digging too deep into the truth.

The other ‘based on a true story’ part of this film is clearly that all the events are situations described by abductees and witnesses of alien encounters. So, while this event did not really happen to Abigail Tyler in Nome, Alaska as described; it relays the events of what many people who claim to have had such visitations believe to be true. I also like the connection to the ancient Sumerian culture in this film. It makes you wonder if this is actually a alien visitation or some kind of ancient demon partially possessing its victims. It never gives you a definitive answer because it is not a question that can be answered. 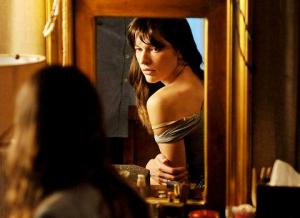 This film is definitely not for everyone. It is, at times, hard to follow. It doesn’t show you the monster at the end; most alien abduction movies don’t. But I liked it and it got under my skin. I spent some time thinking about the possibilities of something like that happening. I would give it 4 out of 5 stars but someone else may watch it and only give it 1 out of 5. You are either going to love it or hate it.

So, watch at your own risk. About 20% of you may be pleasantly surprised.