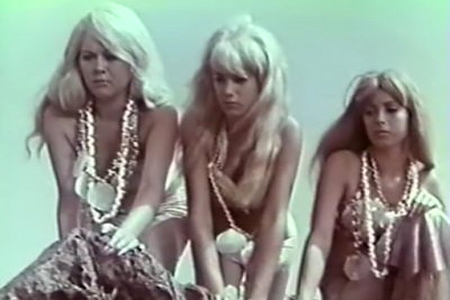 Voyage to the Planet of Prehistoric Women (1968)

This film has a strange history because it is actually the third incarnation of the same film. It was originally a Russian sci-fi film, Planeta Bur (1962), by director, Peter Bogdanovich. When it was first released in the US, it was re-edited (including the sequence of events) and bore the title, Voyage to the Prehistoric Planet (1965). Two years later, (probably after Hammer’s success with When Dinosaurs Ruled the Earth) additional footage was added, most notably of a vixen race of blonde women and it bore the title, Voyage to the Planet of Prehistoric Women. All three show this planet as a harsh environment with a demonic looking pterodactyl, killer plants, and a volcanic eruption for the climax. The films robot, Robot John, is the 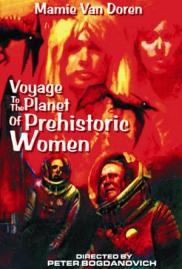 Russian answer to the US, Robby the Robot. The vixen women race is led by Mamie Van Doren, a popular pin-up model and B-movie actress in the 1960’s. So what we have in this third incarnation is kind of a jumbled mess. The 2nd version had replaced the original storyline with a new one that included actors, Basil Rathbone and Faith Domergue. In this newest version, they were removed to make room for this new storyline of vixens from Venus. I think the only thing left from the original Russian film was the special effects sequences (dinos, robot, eruption.) The Pathecolor doesn’t help the film and everything just looks plain weird. While it is fun to see the Russian film versions of dinosaurs and Robot John, it is a struggle to follow any sort of plotline. The film is overall terrible in its current state, ready for Mystery Science Theater 3000. It would have been better if they had left the original Russian version in tact and just dubbed the voices, because I hear that it was a serious sci-fi effort. But I guess, just coming out of the 1950’s, no American would have paid to see a Soviet Union film in fear that they were supporting communism. They even replaced all the end credits with fake American names. Not recommended, except for the most tenacious dinosaur movie fans. 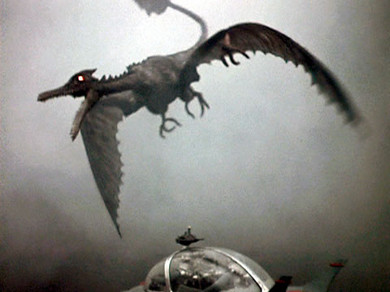 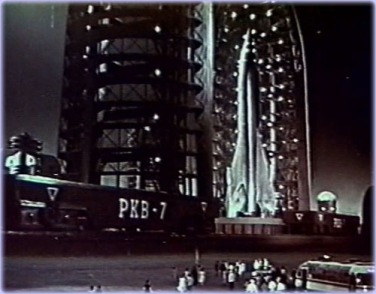 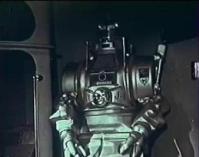 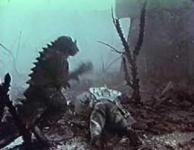 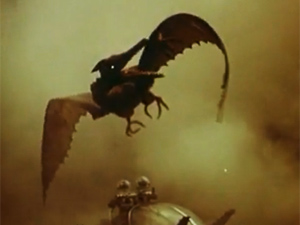 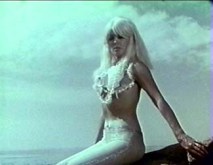 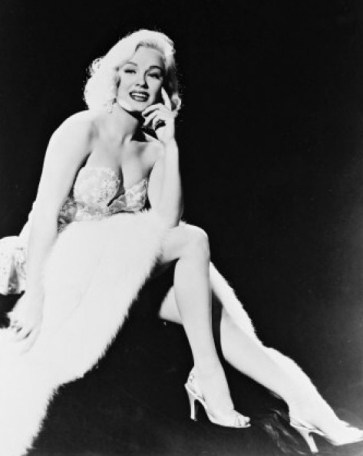 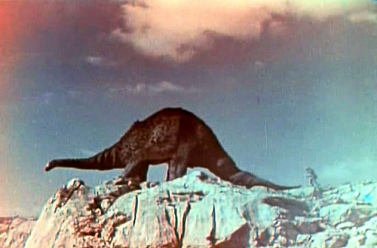 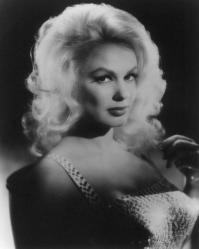 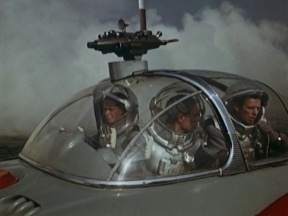 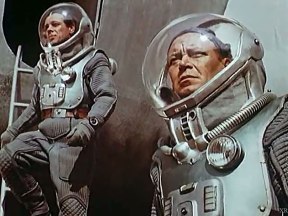 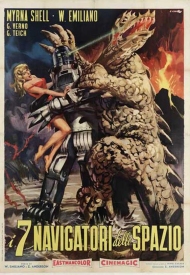 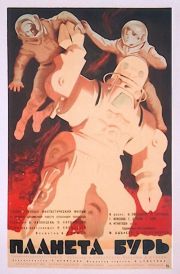 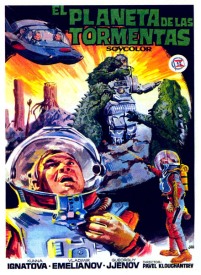 Related Articles:
The Legend of Dinosaurs and Monster Birds